You can see Imabari from many different points of views.
Would you like to read some?

You can jump to a detailed website from publishing companies by clicking on the pictures.

Caution! Please note that pages that the links represent may not be displayed in English. 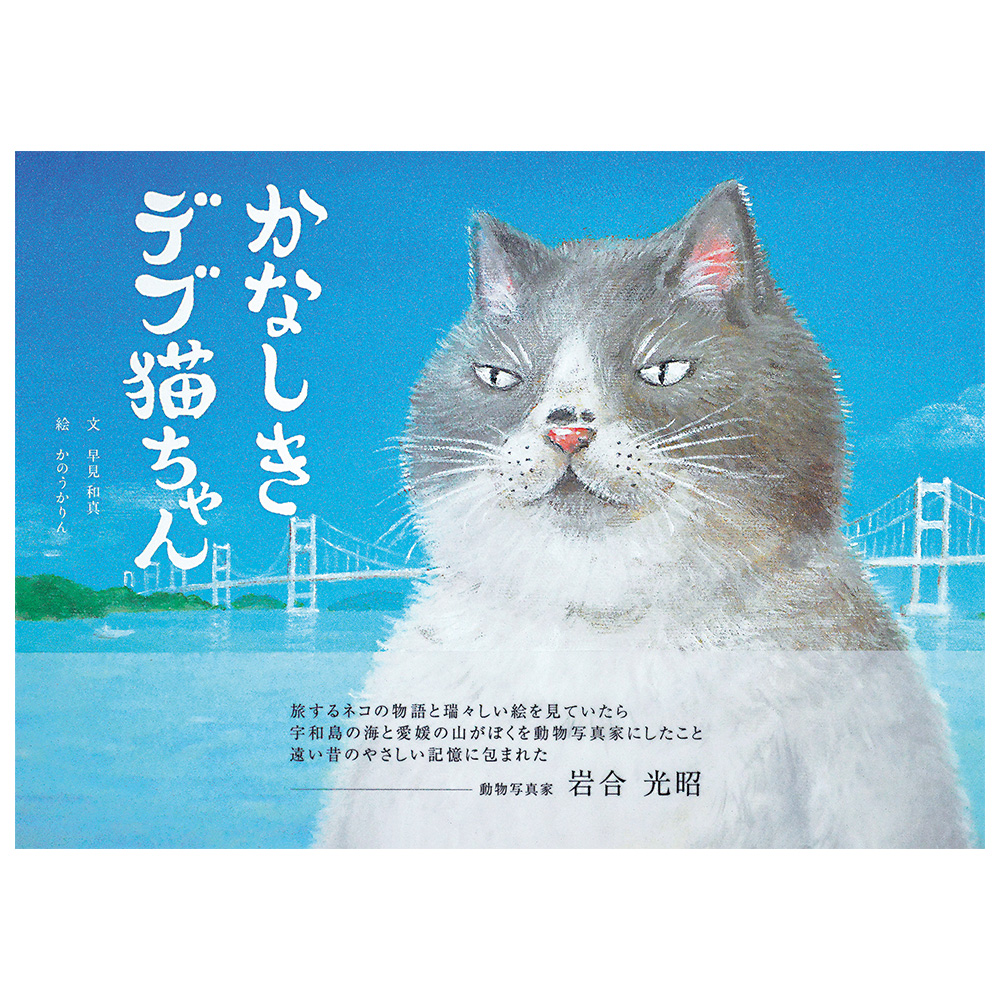 A small rescued cat at a cat café in Matsuyama. One day, the cat met a shy girl, Anna and was adopted by her family. The cat was named “Maru”. When a female kitten “Surijie” joined her family it caused a complete change in Maru’s life. One night when Maru was scolded by Anna and slept curled up by the window, Maru left the house, guided by a black cat Madonna. Maru visited places in Ehime from East to West. A great adventure with love and sadness. (Referenced from story of a creative fairy tale Kanashiki Debunekochan HP) 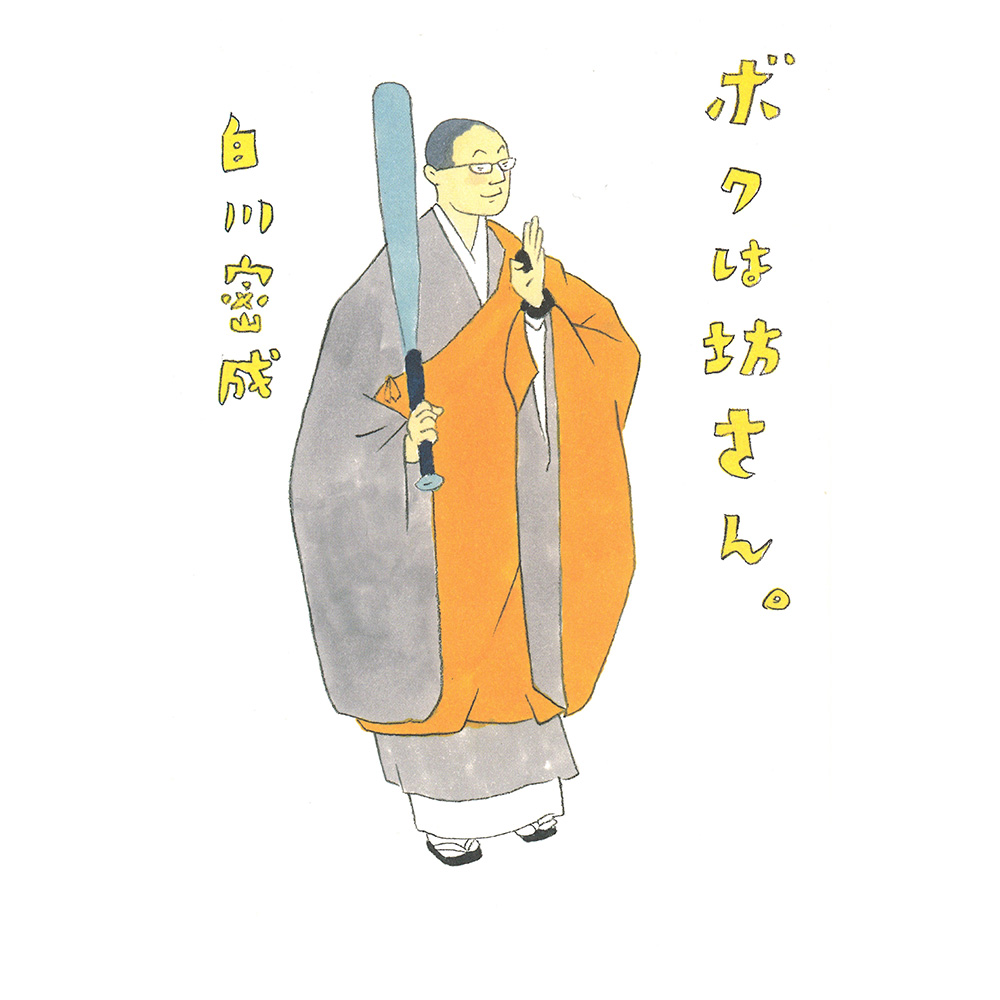 At the age of 24, I suddenly became a priest.
What a waste for Buddhism to be only dominated by priests.
Full of laughter, tears, and learning.
The life of a priest that reads like a pop-song with words from Kobo Daishi.
(Referenced from Mishimasha HP) 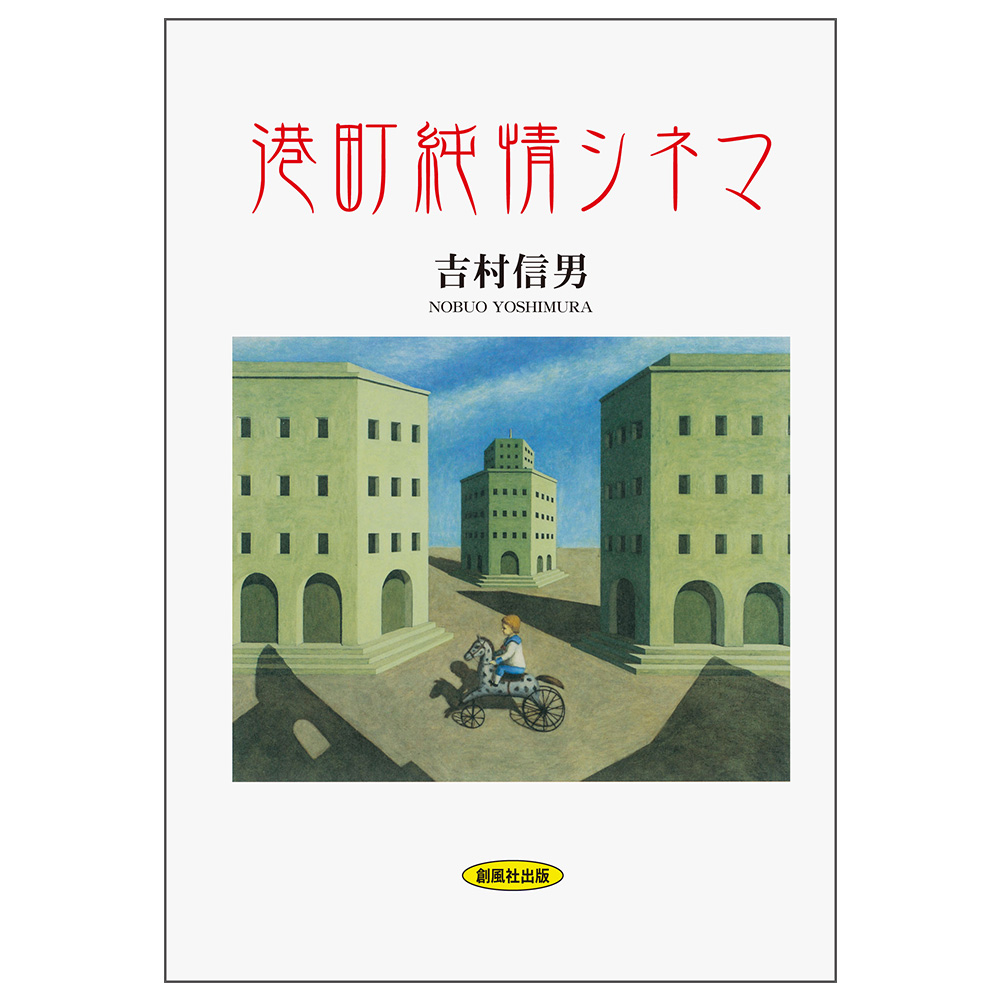 Six main characters try so hard escape their cursed lives. However, they finally arrive at their last stop, a terminal station in twilight. Six short stories written about sorrow and love. A collection of novels written by Nobuo Yoshimura who wrote stories about Imabari, and actively worked in the field of literature and drama. It is considered his masterpiece. It was written about people who lived in a rural area in Ehime. After being defeated in the war, people lived their lives dreaming for a new era where they could live humbly. He wrote about people’s joys and sorrow expressively. The book has six stories with a story of a woman who was the model for the book title. Her name was Kiyomi Hato, the first female projectionist in Ehime. (Referenced from Sohusyuppansha HP) 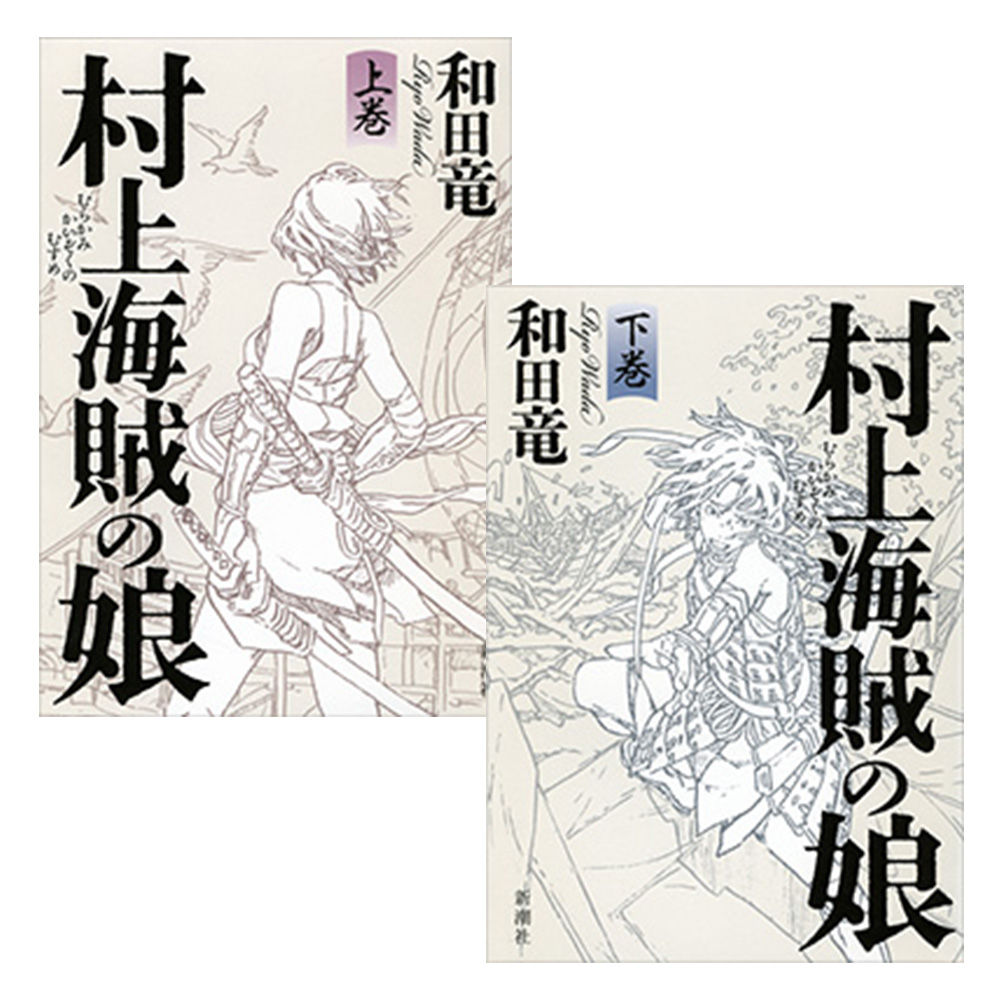 Osakahongan-ji Temple, where peace crumbled when Nobunaga attacked. Mori pledged their support from the sea but whether their plan succeeds or not depends on the arrival of Takeyoshi Murakami, the Pirate King. His daughter Kyo had gone to Namba, but while tensions rise and betrayal is imminent, the battle begins.
It is a long novel based on historical records of the first Kizugawa battle. Awarded a prize of 11th Honnya Taisho (Bookstore Award), 35th Yoshikawa Eiji Bungakushinjinsho (Yoshikawa Eiji Literature Award for New Authors) (Referenced from Shinchosha HP) 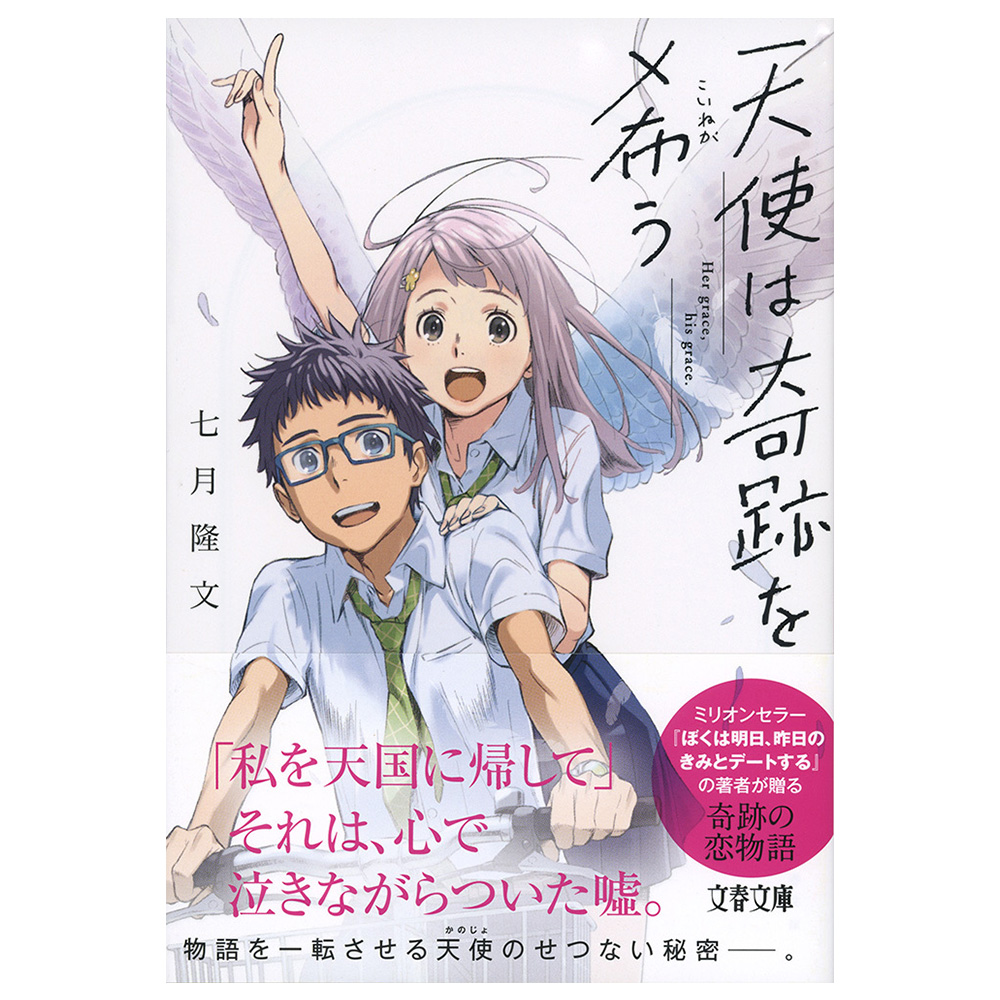 Million seller “Boku wa Ashita, Kinou no Kimi to Date Suru (My Tomorrow, Your Yesterday”) author presents a miracle love story.
One day, a real angel named Yuka transfers to Yoshifumi’s school in Imabari near the Seto Inland Sea and became his classmate. When Yoshifumi realized her true identity, he helps Yuka to send back her to the heaven.
Yoshifumi is joined by his childhood friends, Narumi and Kengo, and together they build a powerful bond. (Referenced from Bungeishunju HP) 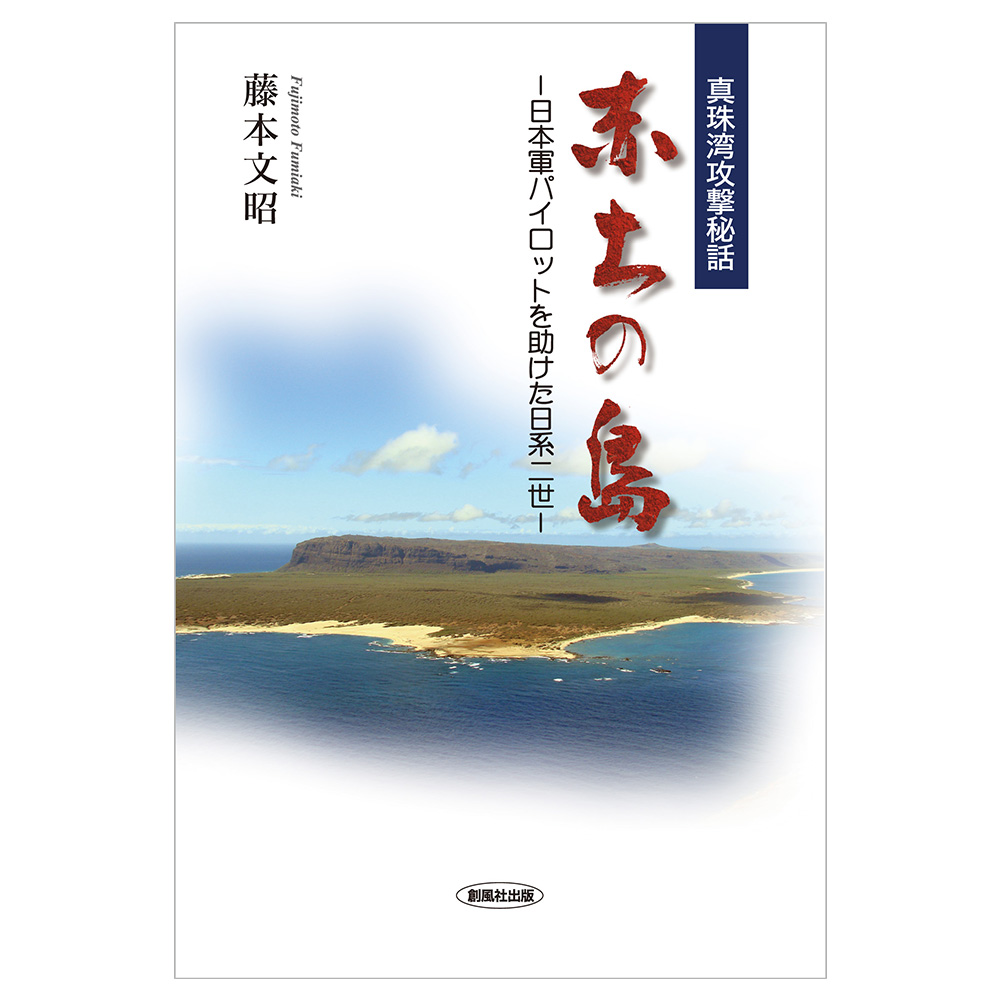 A pilot makes an emergency landing at the time of the attack on Pearl Harbor. A second generation Japanese American, Yoshio Harada helps the pilot. Eventually, the two of them die together. Why did second generation Japanese American Harada decide to help a Japanese soldier, Nishikaichi who was an enemy to him? An author searched the truth of this mysterious Niihau island incident. He made an effort to write about people’s hidden feelings at the mercy of war. (Referenced from Soufusha HP) 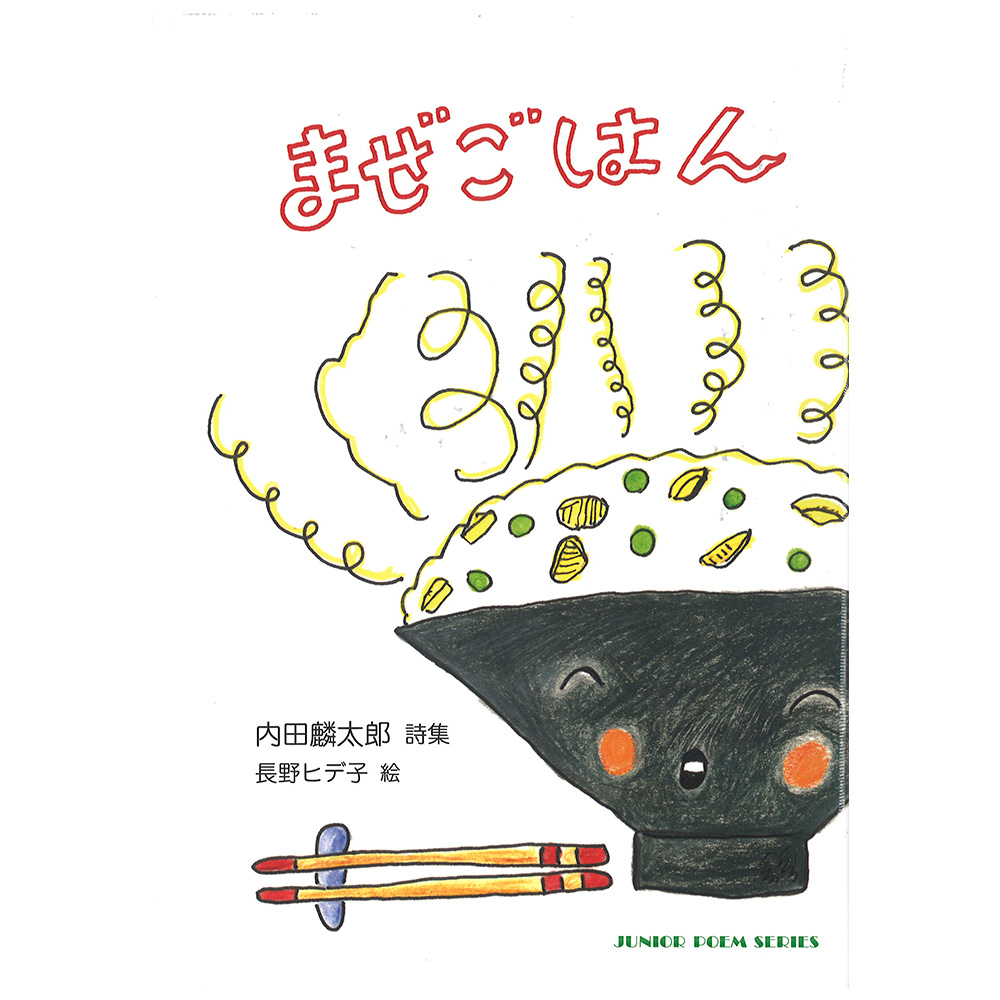 This is his 5th poetry book with no particular theme. It’s casually written with a day-to-day feel, hence the title “Mazegohan (mixed rice)”. I like bamboo shoot rice with pieces of deep-fried tofu and some chicken. I always have another bowl of rice. I like rice with green peas too. I eat it in a black rice bowl of Satsuma porcelain. White rice and green peas look better in it. It looks delicious 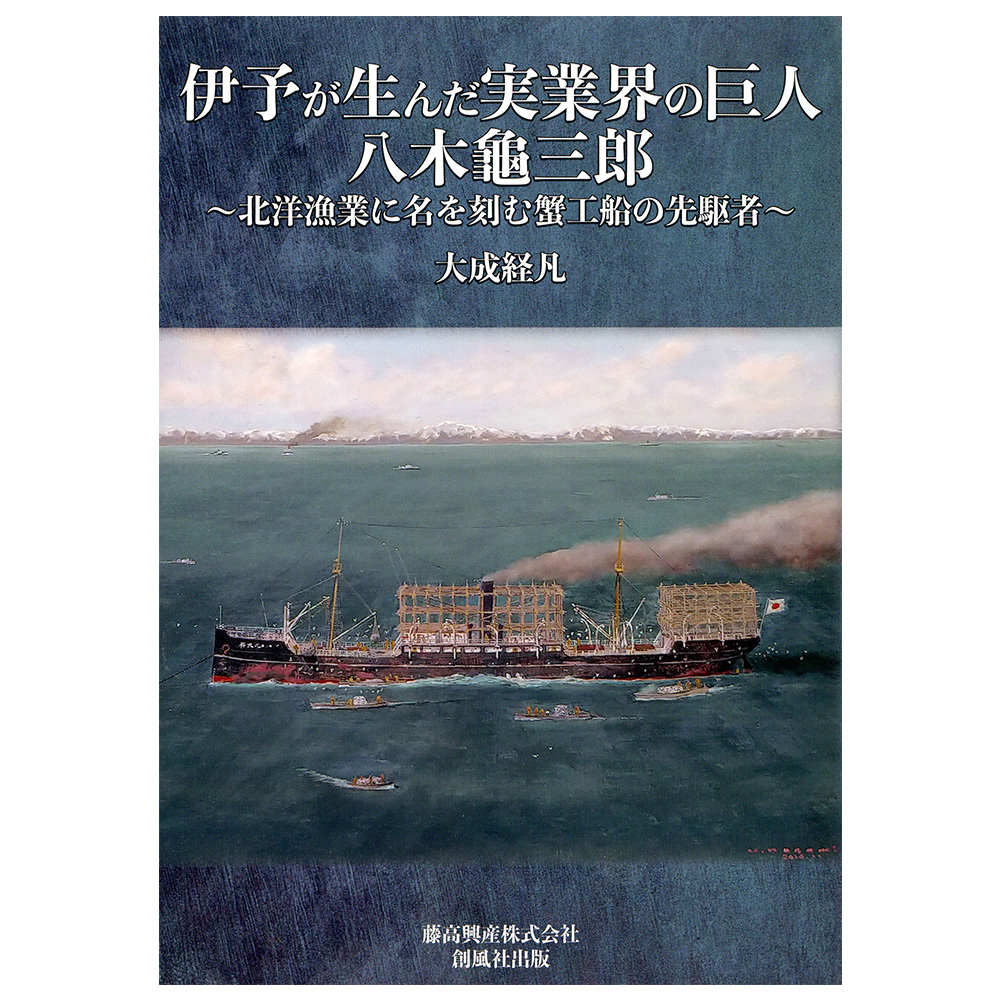 Japan’s crab fishing pioneer Kamesaburo Yagi was a compassionate Christian. He was in various businesses such as the North Sea fisheries, maritime transportation, salt manufacturing, financing, shipbuilding, and the gas industry. He was dedicated to social issues as well. Tracing back his achievements with new historical records, an author tries to show a different side to him through “Kanikosen” by Takiji Kobayashi. (Referenced from Soufusha Shuppan HP) 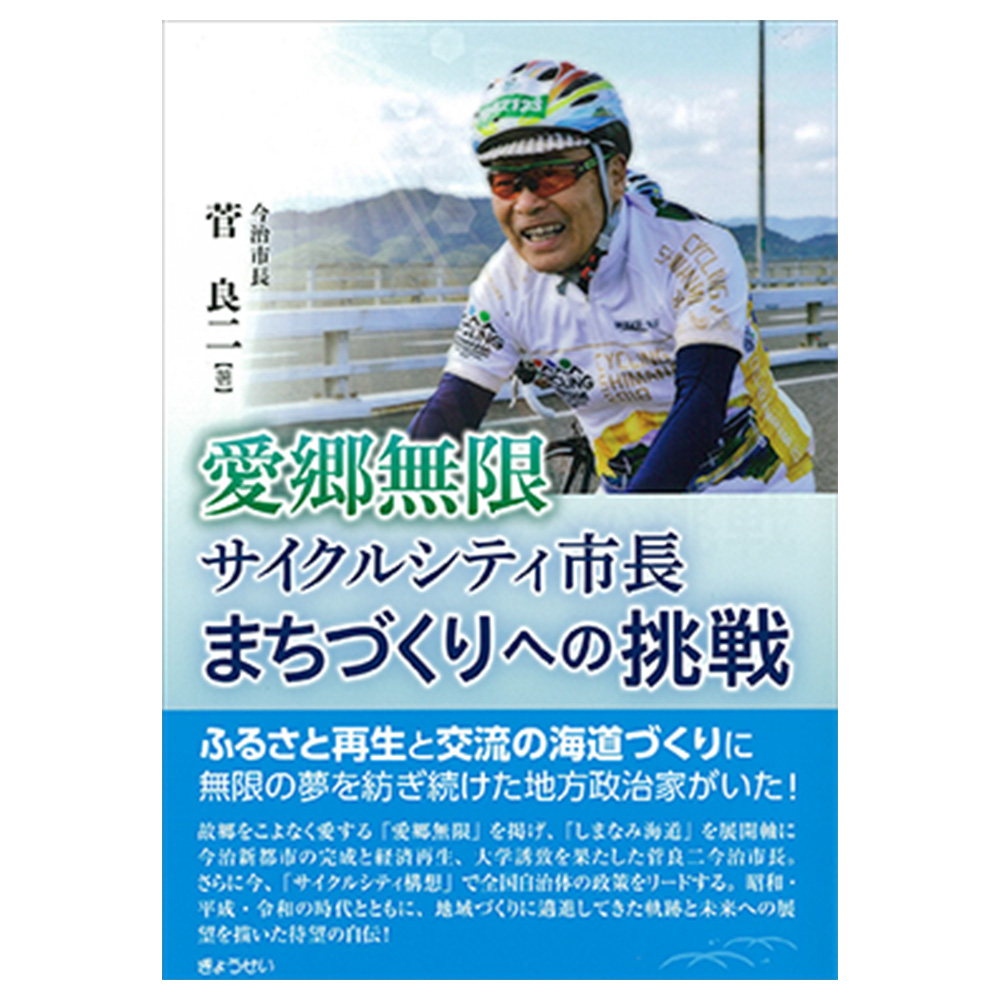 The city mayor Ryoji Kan, a man who loves his hometown and his motto is “Aikyomugen” (love hometown is endless). After Heisei’s big municipal merger of 12 municipal district, he accomplished the completion and urban revitalization in Imabari Shintoshi area, attracting the construction of universities, all based around the Shimanami Kaido. Currently he is focusing on “Cycle City Conception” which is an urban development plan centered around cycling. His plan stands out among other local governments’ policy in Japan. This is a long-waited autobiography of his contributions. The story follows his achievements on urban development and future aspects with Showa, Heisei, Reiwa. (Referenced Corporation Gyousei HP) 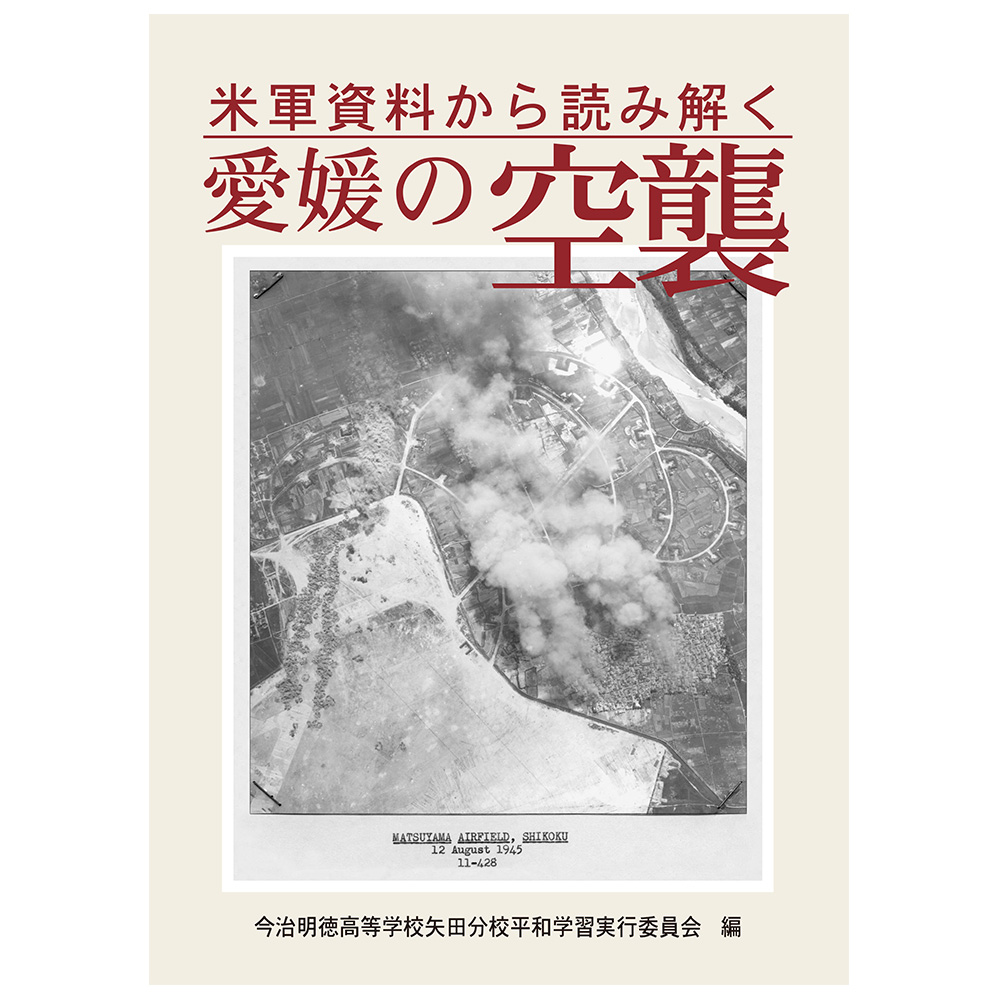 Imabari Meitoku Girls’ High School was a former school of Imabari Meitoku High School Yata Branch, and it was severely damaged from air raids in Imabari during WWII. After uncovering records of damage done during the war, an education based on the idea peace has been introduced to students. It shows the air raids in Ehime with more details than ever. After three years of investigational hearings and inspecting documents of the US military about their offensive operations in Japan, the author tries to disclose the true situation of the air raids from both US and Japan perspectives. (Referenced from Sofusha Shuppan HP) 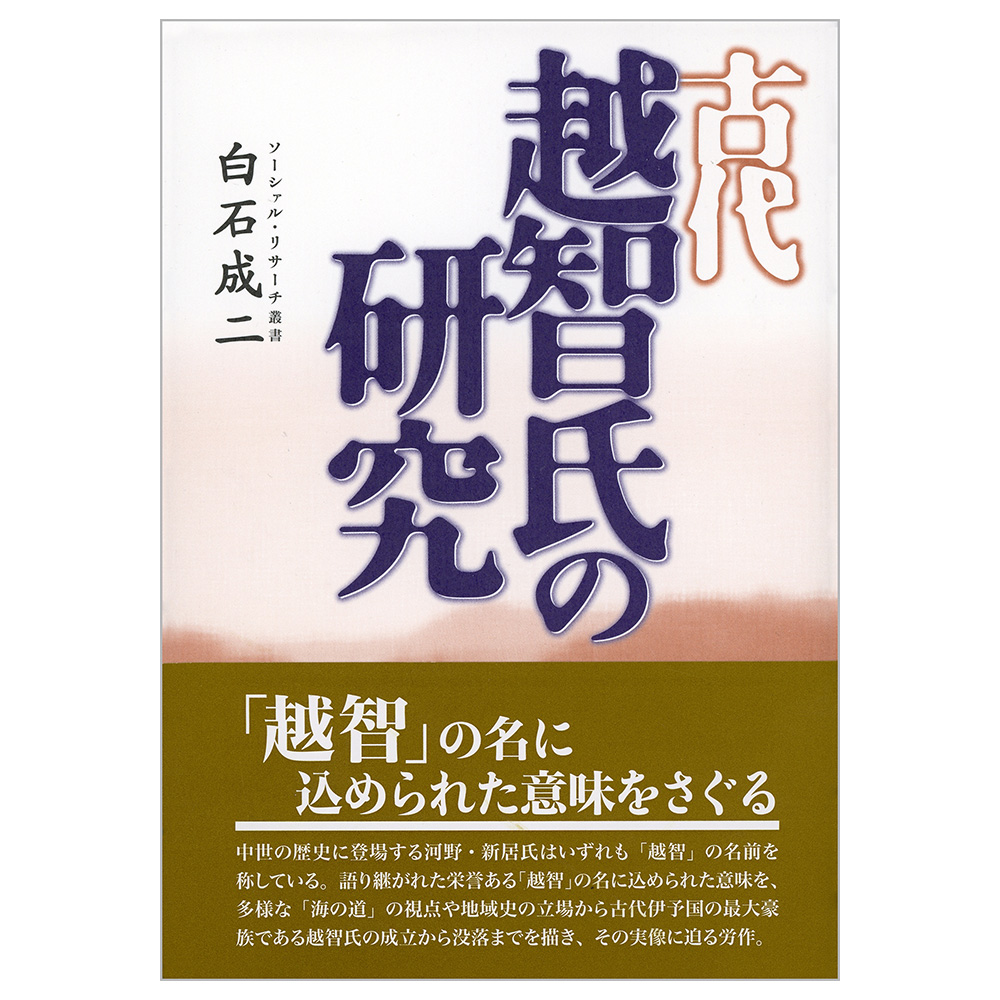 The Ochi clan left an important influence on ancient history in the Iyo province. However, it hasn’t been discussed thoroughly because there were only fragments of their records. This book dives into all aspects of the Ochi clan throughout Seto Inland Sea area, the capital, and the Korean peninsula to China. (Referenced from Sofusha Shuppan HP) 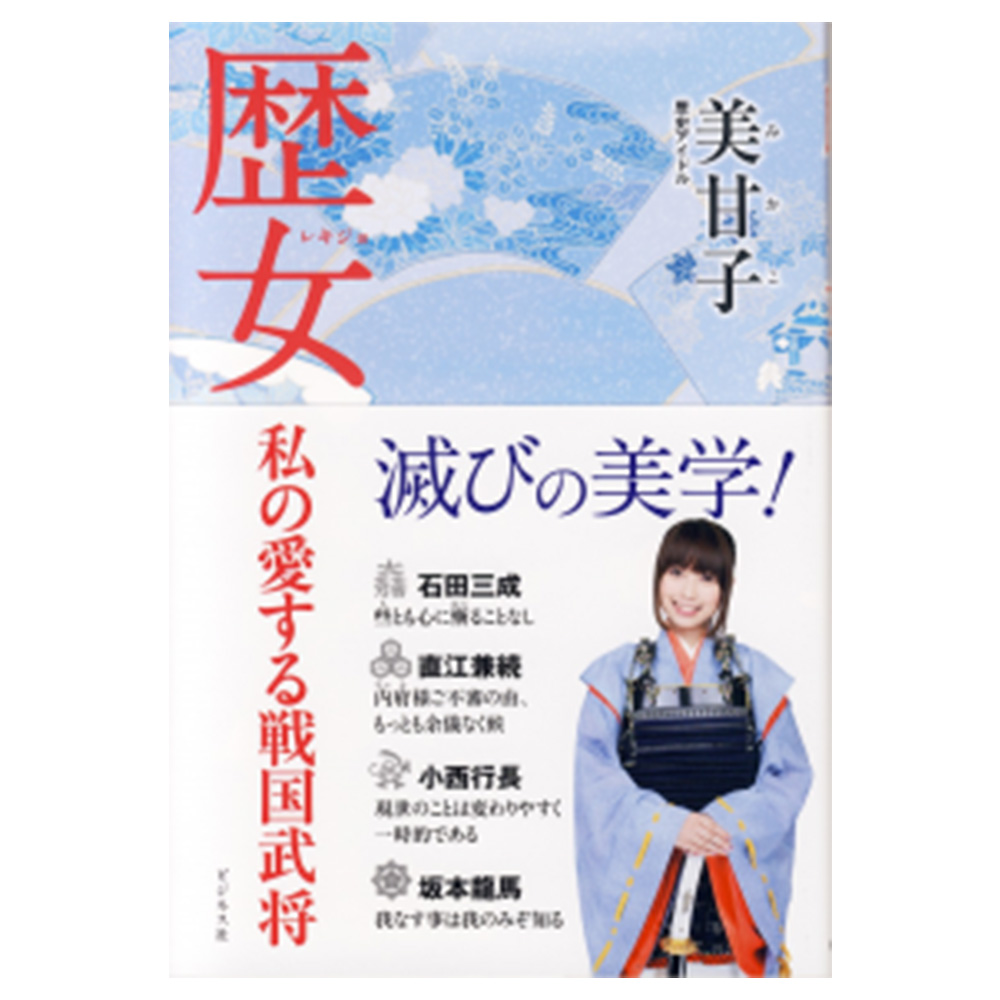 Mikako liked Ryoma Sakamoto so much that she became a history idol. The book has stories of why she became interested in history from childhood and a story about Ryoma Sakamoto. It also contains pictures of her in Kimono and Shogun cosplays. She writes about the Sengoku warlords Mitsunari Ishida, Kanetsugu Naoe, and Yukinaga Konishi from her view. At the Battle of Sekigahara, many contenders for Shogun appeared. In the epilogue, she wrote about Tsuruhime, from her hometown on Omishima island in Ehime. At the end of each chapter, it has an illustrated newspaper “Rekijo Tsushin”.
(Referenced from Business-sha HP) 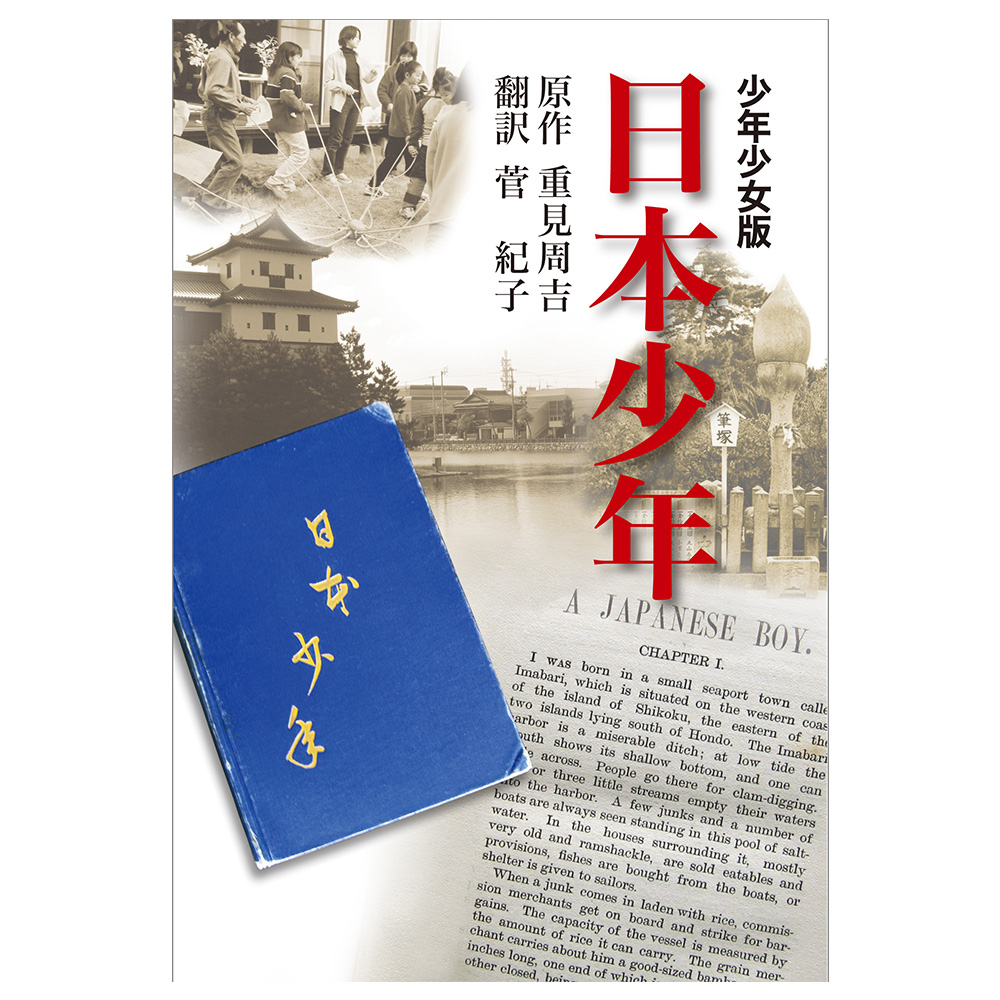 In the early Meiji period, a boy moved to the US by himself. In order to pay for school, he wrote about his childhood in his hometown of Imabari, and published it in the US. The book was well received. The author describes a vivid lifestyle in Japan in the book. This book is a translation of “A Japanese Boy” which was written in English. This was translated and written for young readers. (Referenced from Sofusha Shuppan HP) 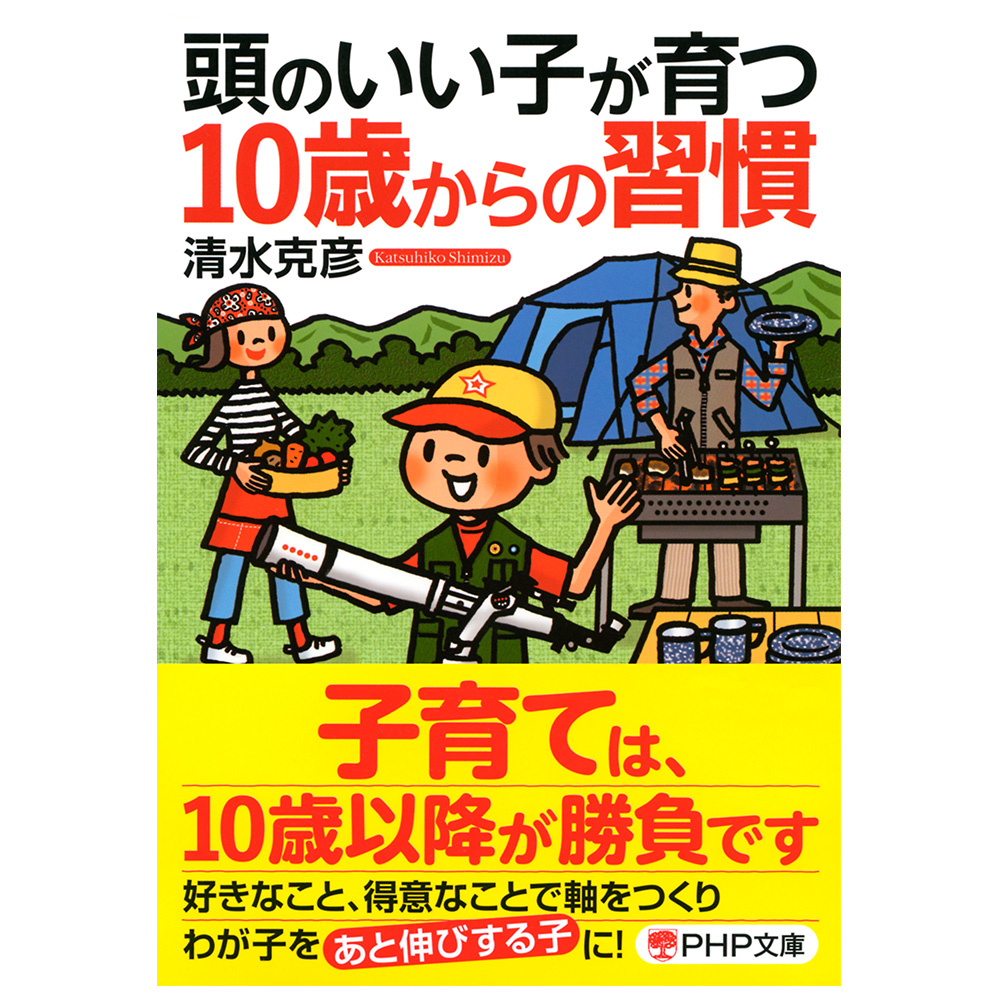 “10 years old is too late.” is wrong! Introducing life habits for growing rapidly, enthusiasm for life, how to sharpen your abilities, and how to prepare for entrance examinations. (Referenced from PHP Institute, Inc. HP) 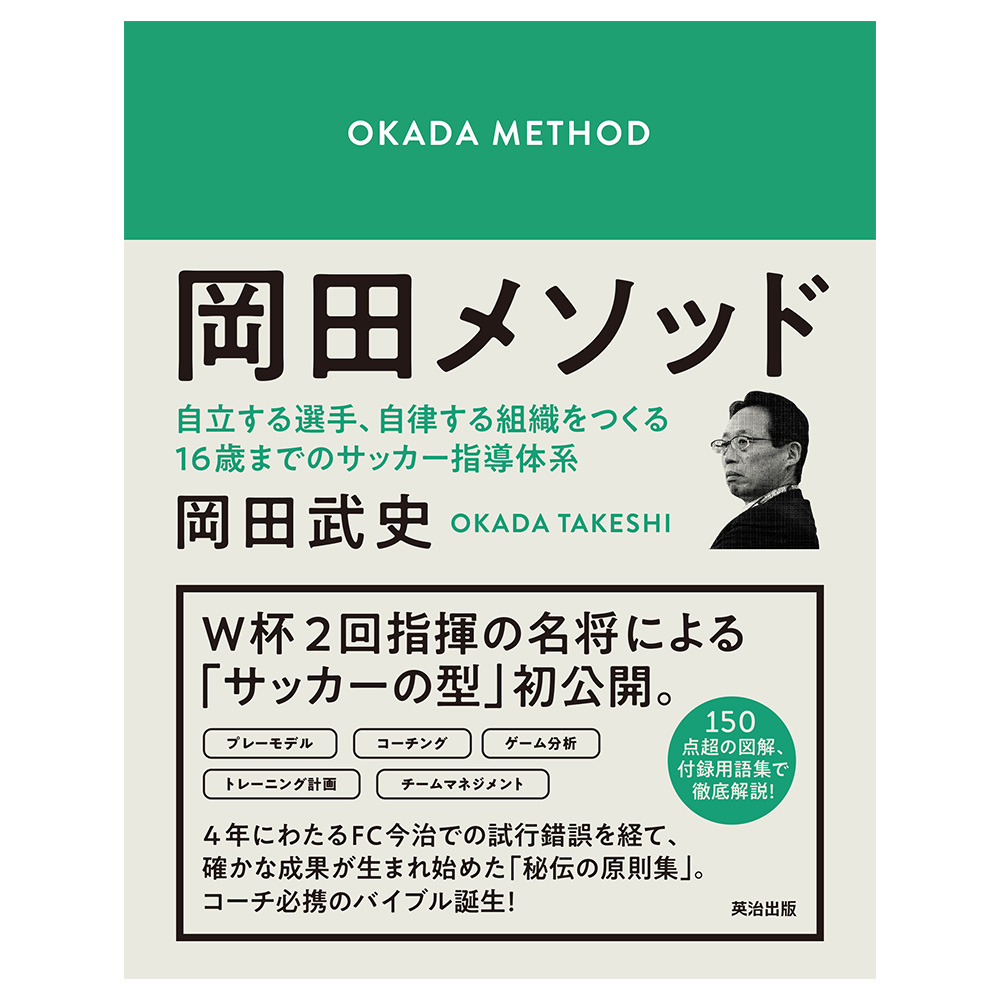 “I want to build a team by creating play models that allows Japanese players to shine on the world stage. Also, to make players practice the model until it becomes natural, and then let them play freely.”— In 2014, I became an owner of FC Imabari. Then I created the “Okada Method” that explains how to build an independent team with independent players and enforce that mindset within the team. (Referenced from Eiji Shuppan HP) 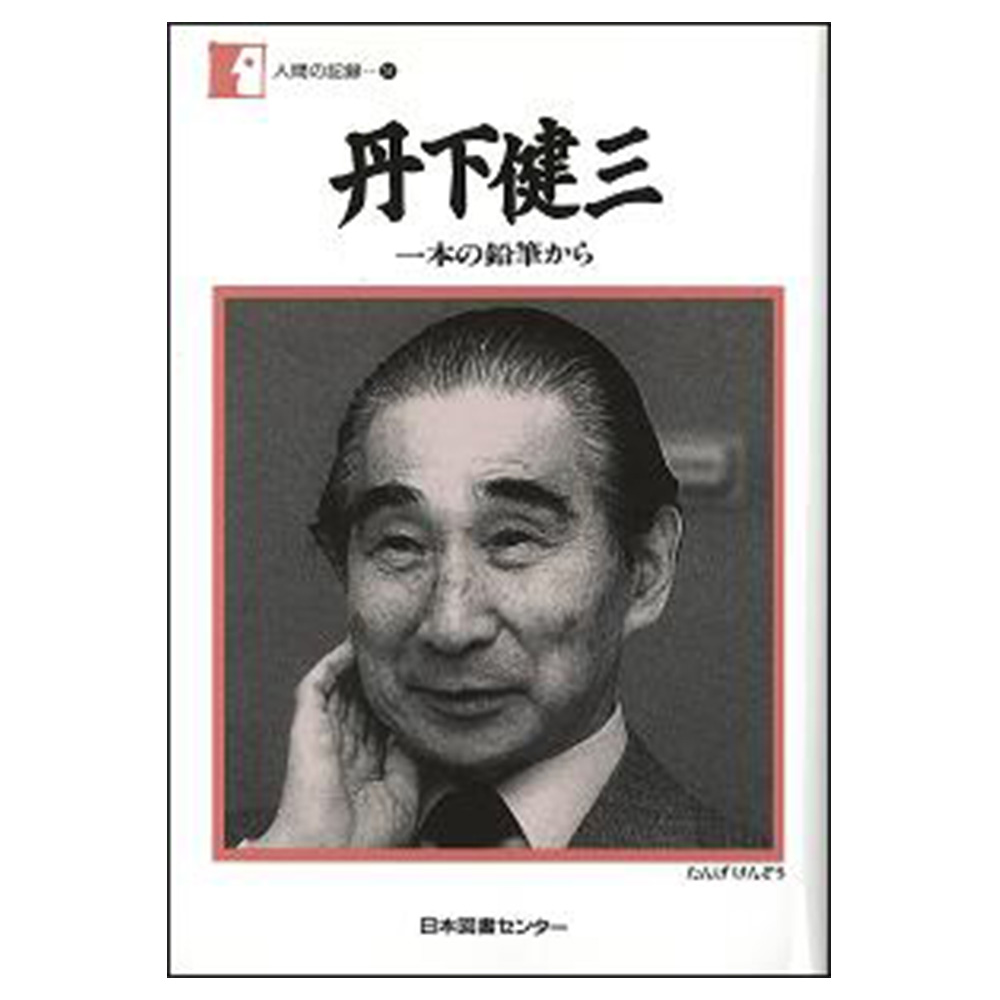 The father of Kenzo Tange was a bank clerk and he had lived in Shanghai, China until when he was second year elementary school student. Then, he came back to Imabari, Shikoku. In 1930, he entered Hiroshima High School Science class and started his dormitory life. During the Japanese economic miracle in the 1960s, he worked on designing Yoyogi National Gymnasium that became a Tokyo Olympic venue. Also, he worked overseas on things like urban central area reconstruction planning in Yugoslavia after the area was damaged by an earthquake. Moreover, he made bold proposals for modern civilizations all around the world including Italy, San Francisco, Iran, and worked on an urban planning and regional development project in Saudi Arabia.
(Referenced from Nihon Tosho Center HP) 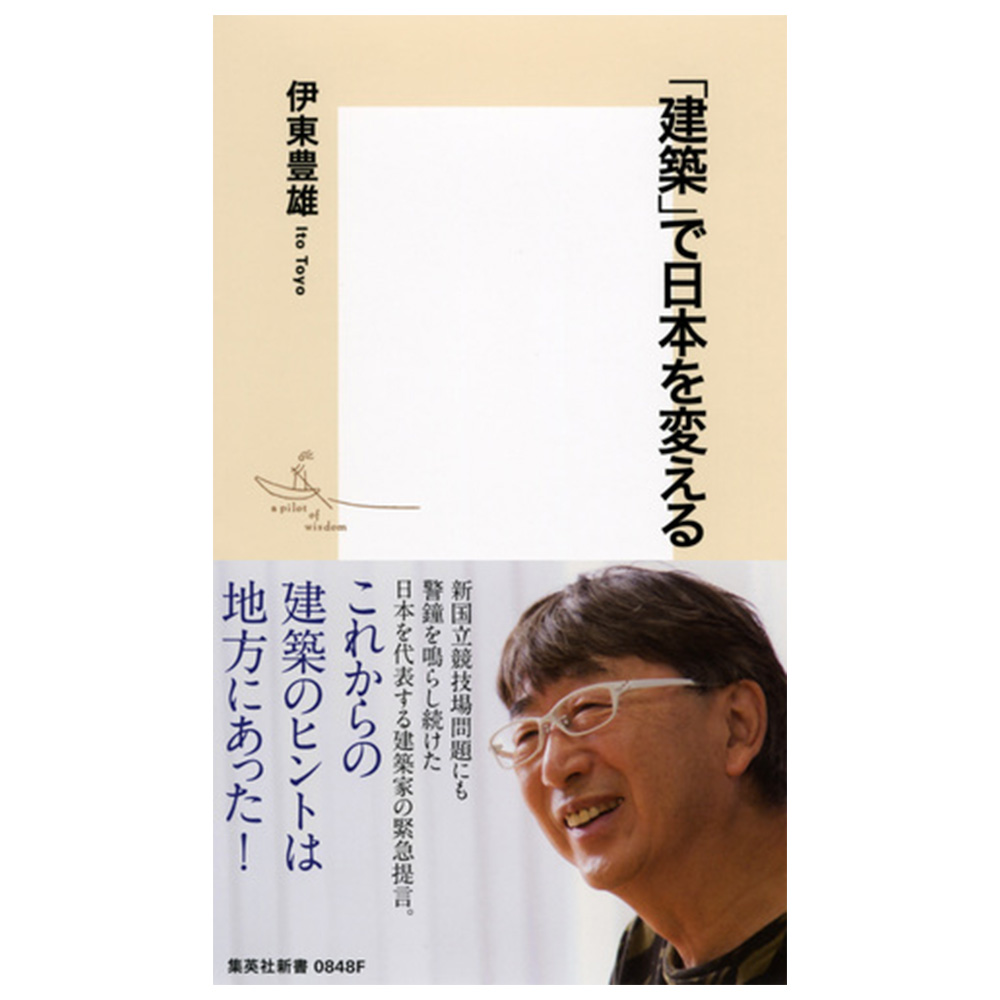 Tips for architecture can be found in rural areas. An urgent proposal from a representing architect from Japan. He has raised issues concerning the new Japan National Stadium. Introducing the latest architectural projects including “Minna no Mori Gifu Media Cosmos” in Gifu prefecture, and “Omishima Project” in Ehime prefecture. He proposes new concepts in the age of de-growth.
(Referenced from Shueisha Shinsho HP) 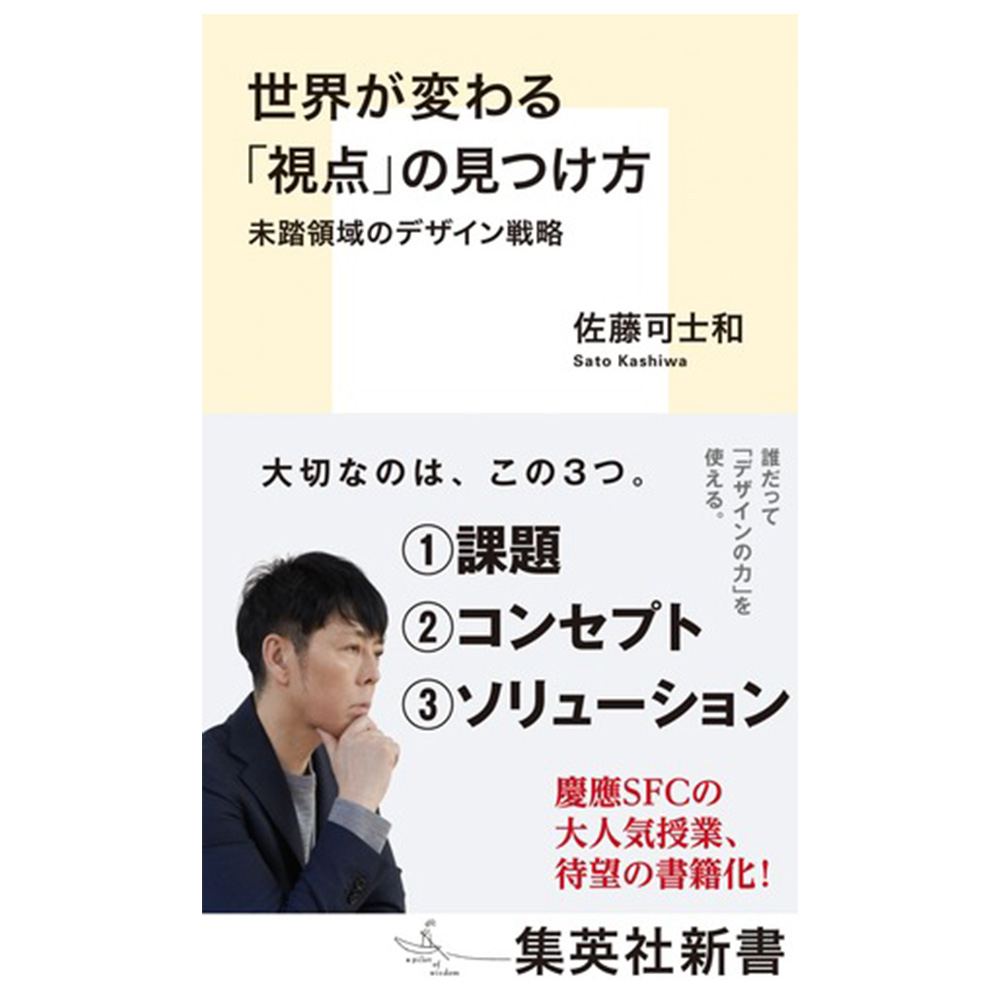 A popular eye-opening class is finally published as a book. From UNIQLO to Rakuten to 7-ELEVEN, and other companies, Imabari towel to other souvenirs, from kindergartens to universities …… Kashiwa Sato who works on branding strategies in various fields finally published the book “Unexplored Fields Design Scheme”. The content is about a lecture which he’s been teaching at Keio University Shonan Fujisawa Campus since 2012. (Referenced from Shueisha Shinsho HP) 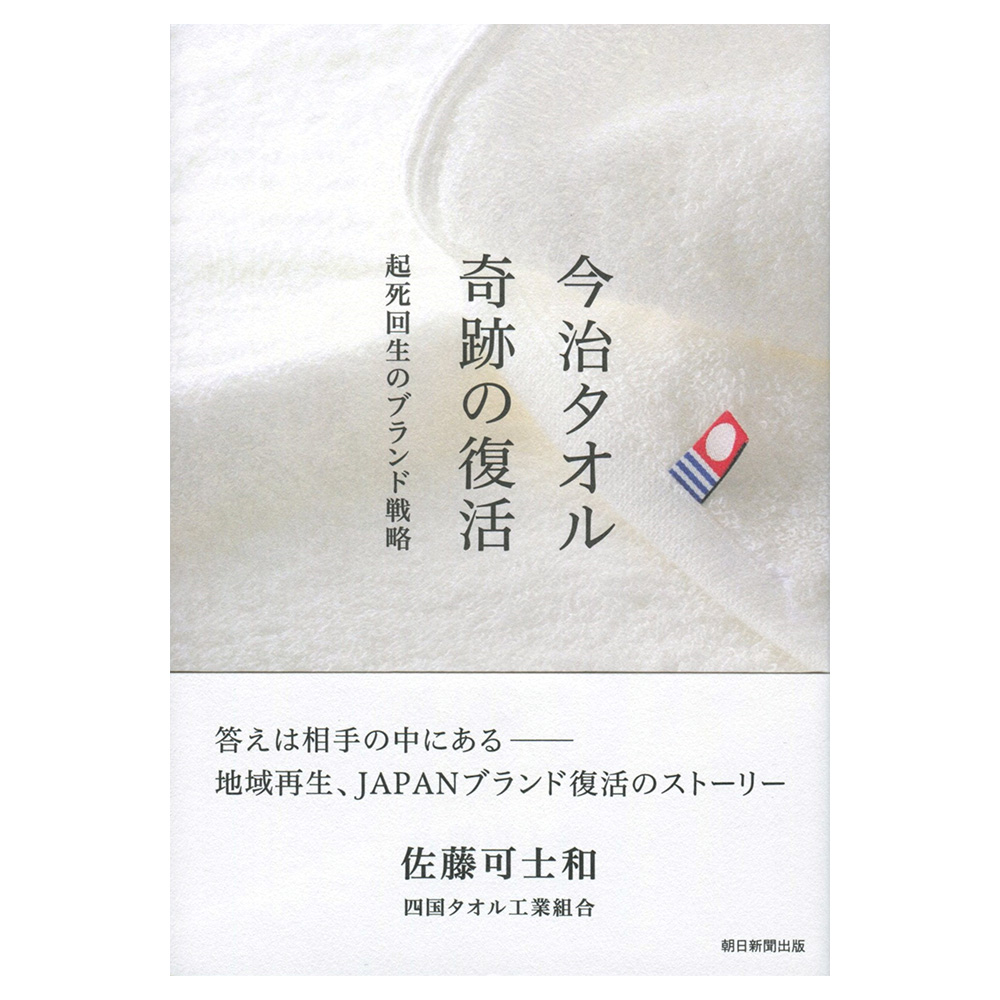 The existence of Imabari Towel was once in danger, but today, it is well known throughout the country. Imabari Towel have recovered and it is waiting for a chance to expand their businesses into overseas markets. This book is written about the secret of branding strategy and how the author successfully brought out its potential. Finding out the secret to revitalizing production areas and corporations by creating small accomplishments to build trusts from consumers. The secret being that people buy products that they KNOW are made with quality, not JUST because it’s made with quality. (Referenced from Asahi Shinbun Publications) 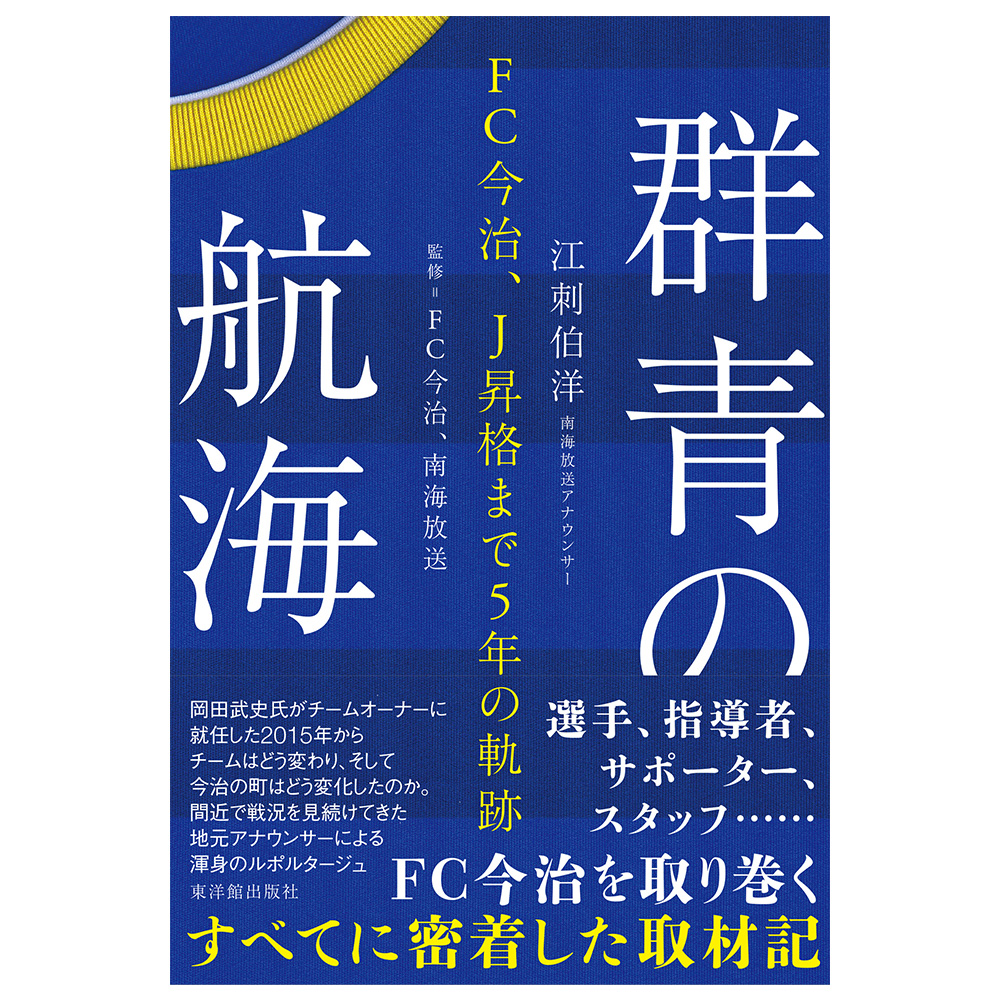 From Shikoku league, JFL, to J League Promotion, FC Imabari keeps their voyage from 2015 to 2019. 5 years of adversity and breakthroughs are written. Dreams are no longer dreams!!
After 5 years of its revival, FC IMABARI finally got promoted to the J3 League. How did the team and Imabari change since 2015 when Takeshi Okada, a former Japan’s national football manager, became chairman of the club? A local broadcast station announcer has been watching its change up close and put considerable energy into writing the book. It’s also a record of growth of the team and the city. (Reference from Toyokan Shuppansha website) 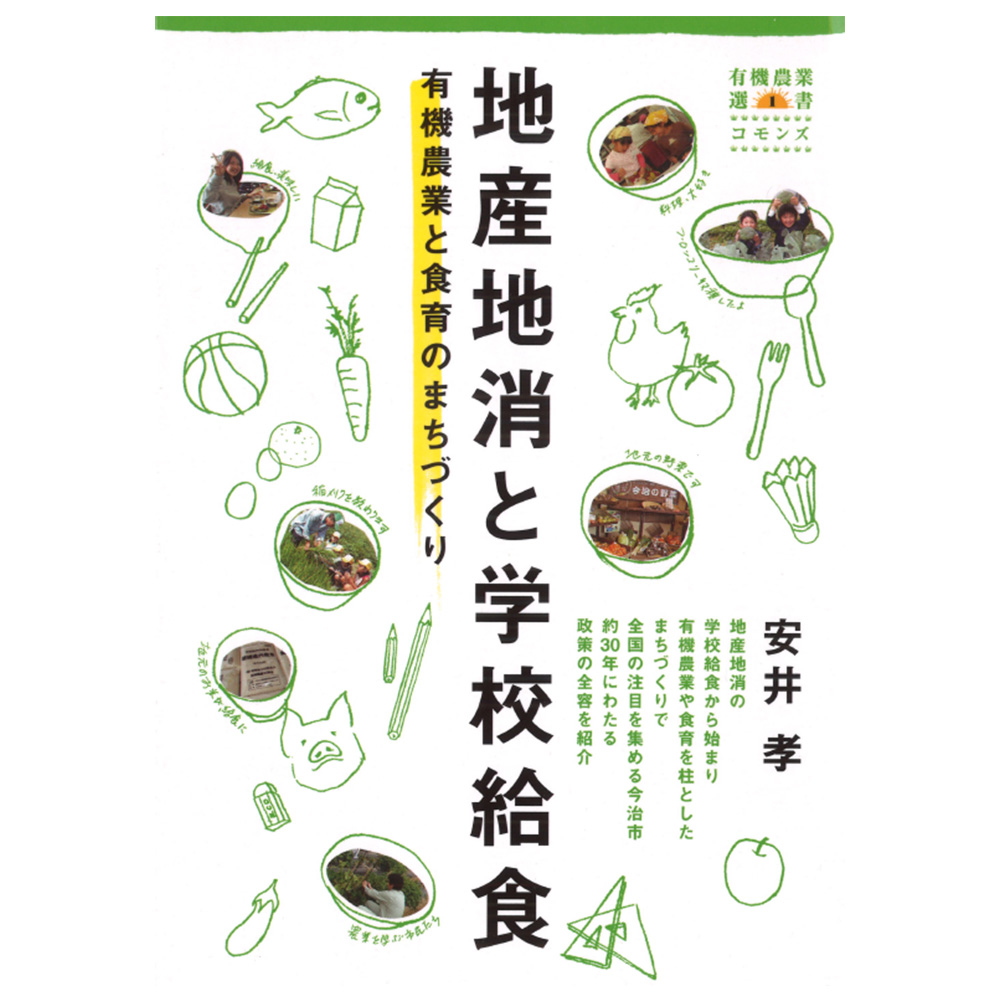 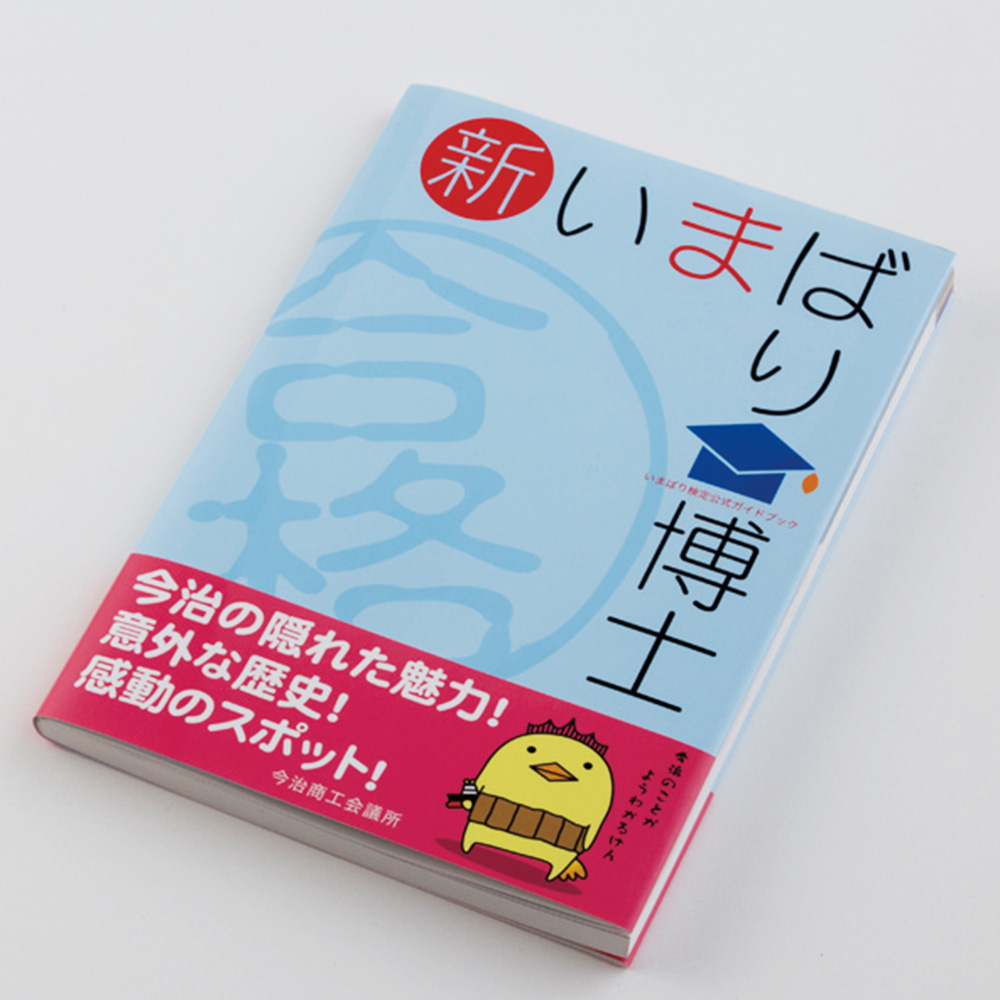 A perfect book for those who want to know much more about Imabari: hidden charms, surprising history, and amazing tourist spots! (Reference from Imabari Shoko Kaigisho website) 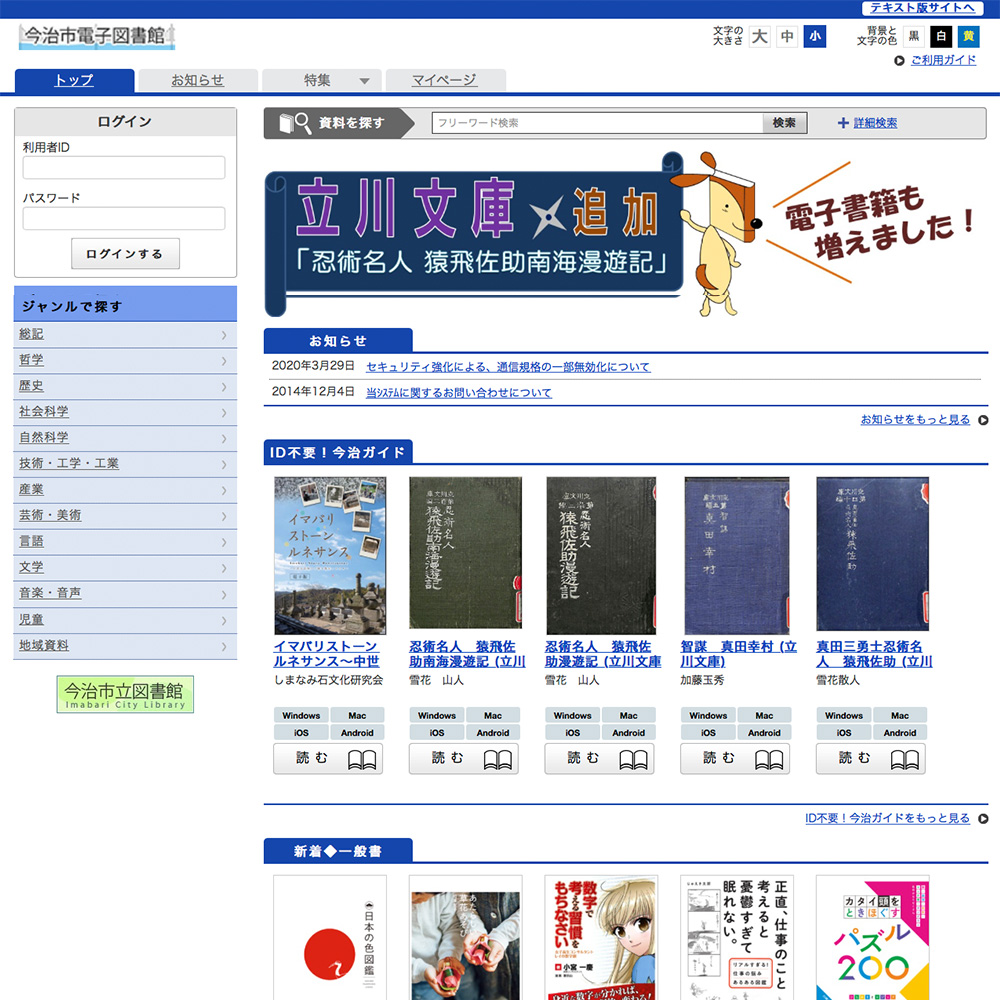 Books related to Imabari. E-book service is available for residents in Imabari after user registration at the libraly. 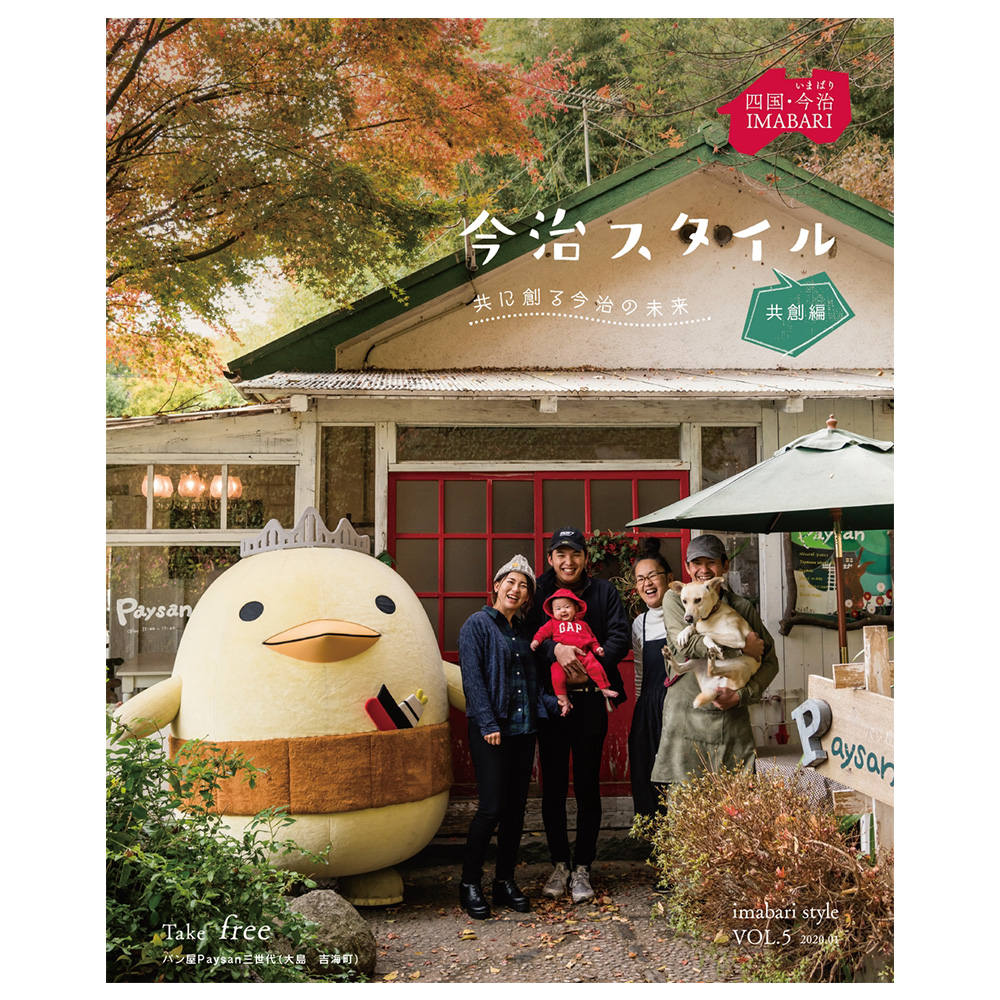 Imabari Style is a city promotion magazine in Imabari. It is one of the Imabari Brand Projects that aims to gain publicity, enhance the image, build a brand, and revitalize the local communities of Imabari. Issued annually since 2015. This free magazine is full of charms of the area and its people. Please have a read. (Reference from Ehime ebooks)

Back to the Top