Links to works of artists and architects from Imabari or inspired by Imabari. Enjoy their sensitivity complimented by the magnificent nature of our city.

Imabari is actually a good city to see some great architecture. Here are links to know about Imabari Architecture of world-class architects. Click image for details. 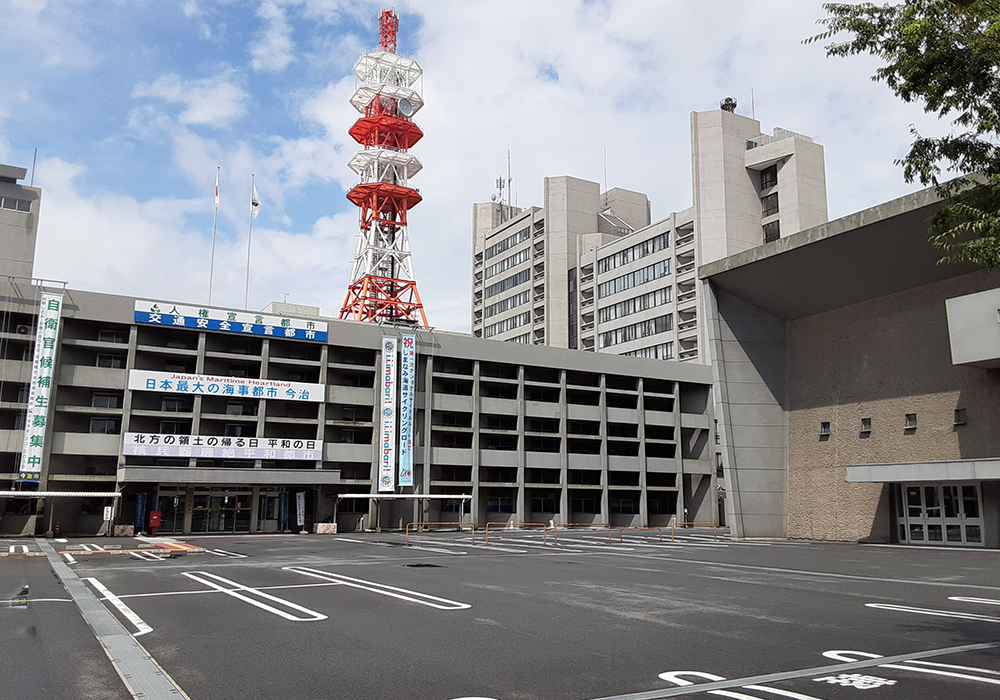 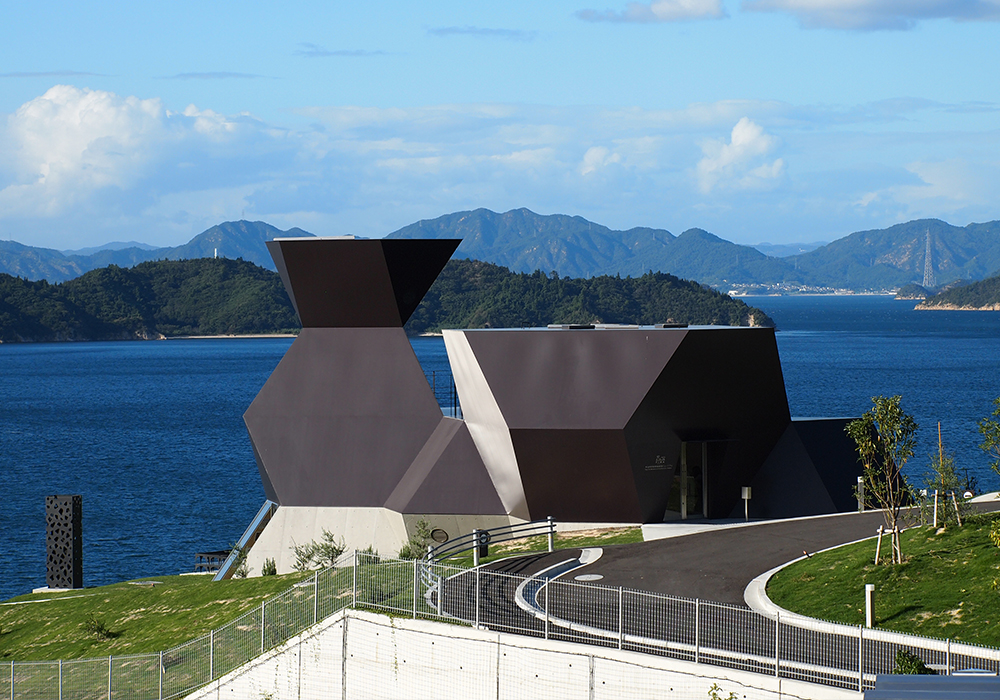 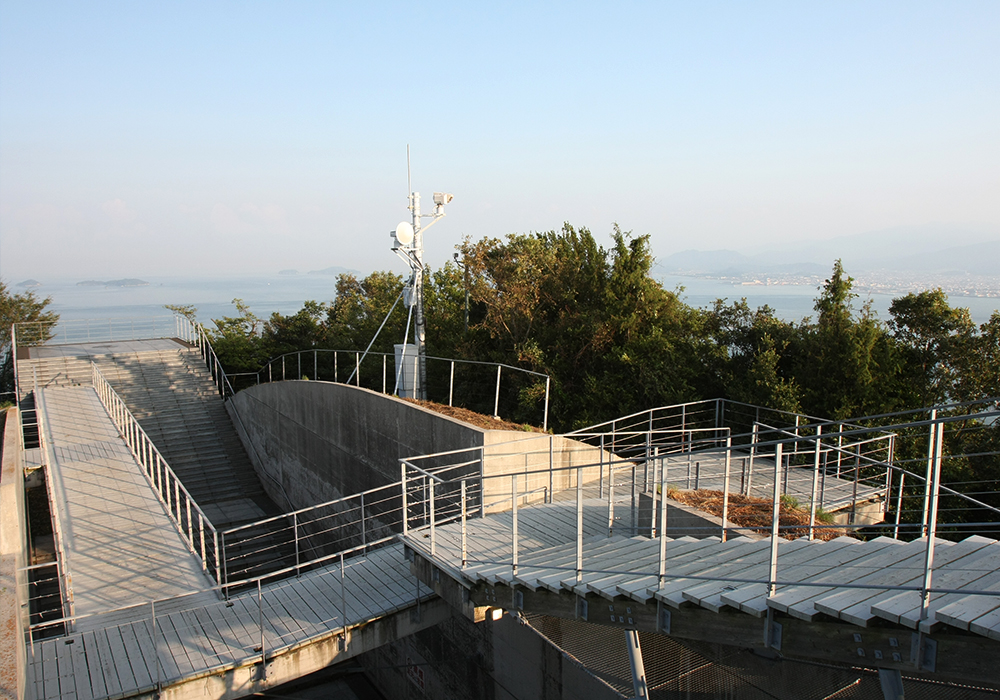 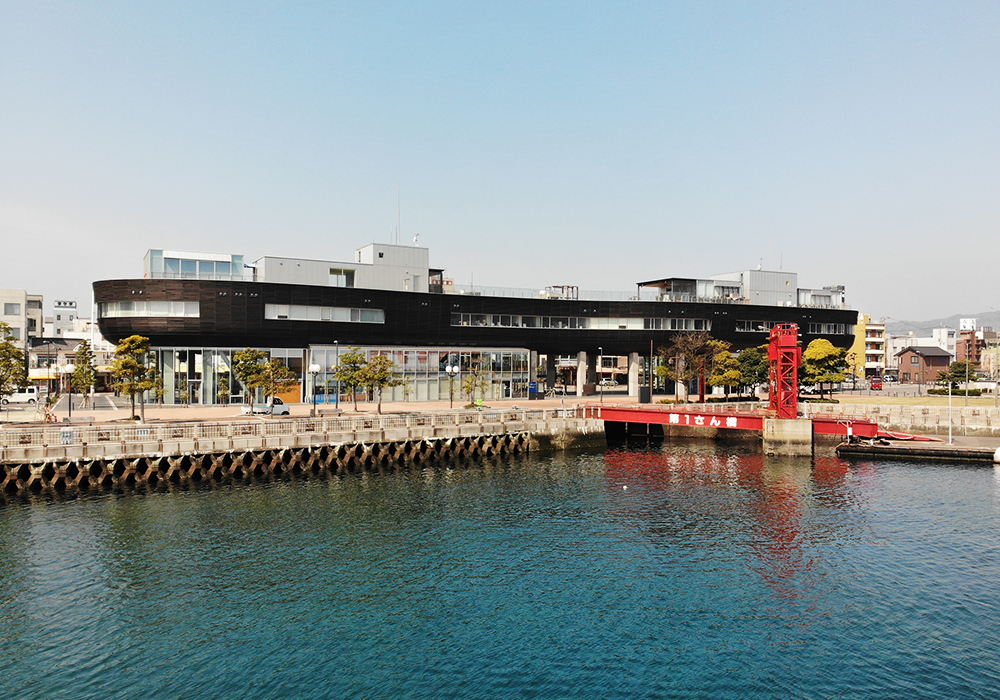 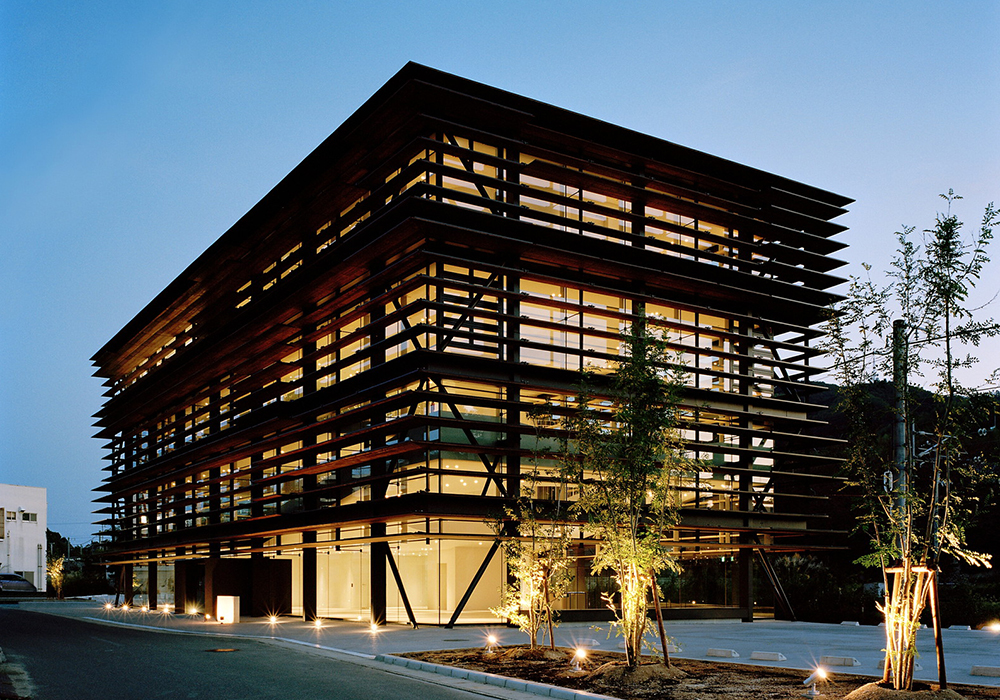 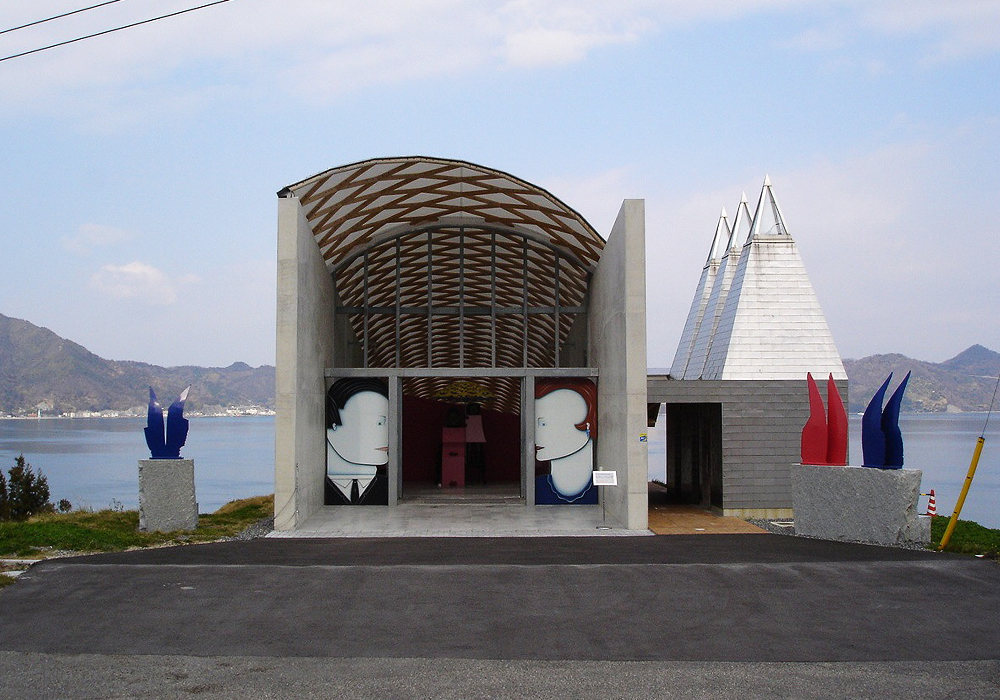 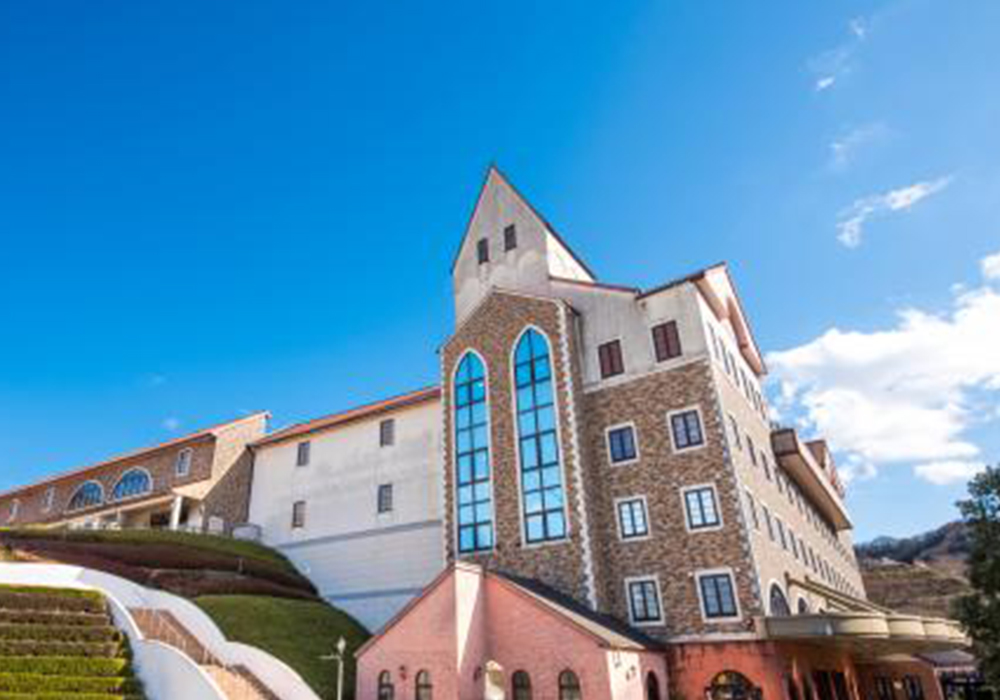 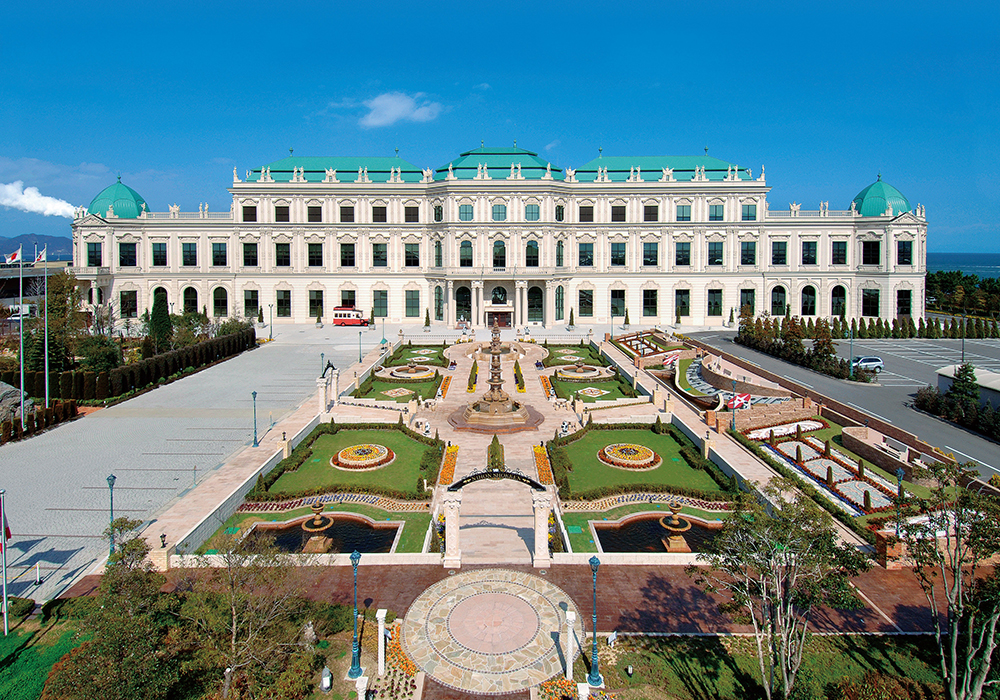 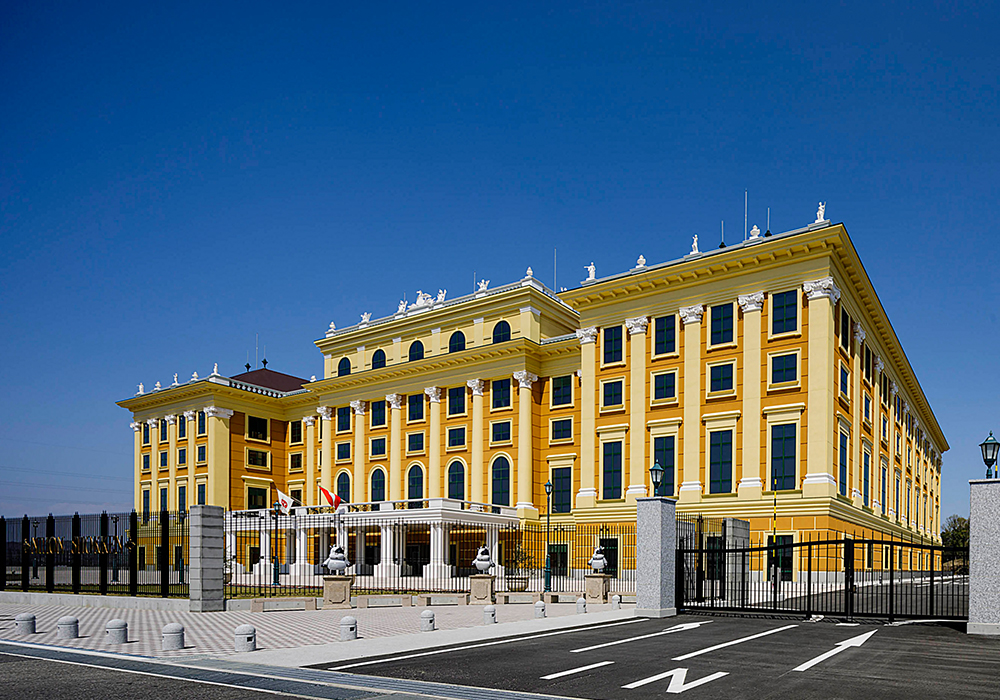 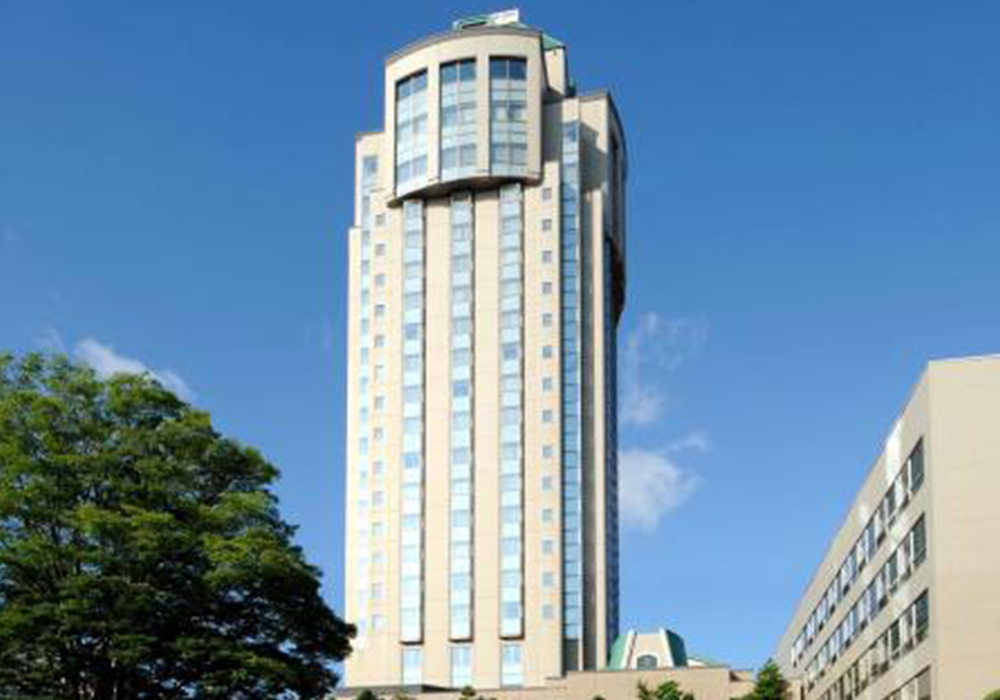 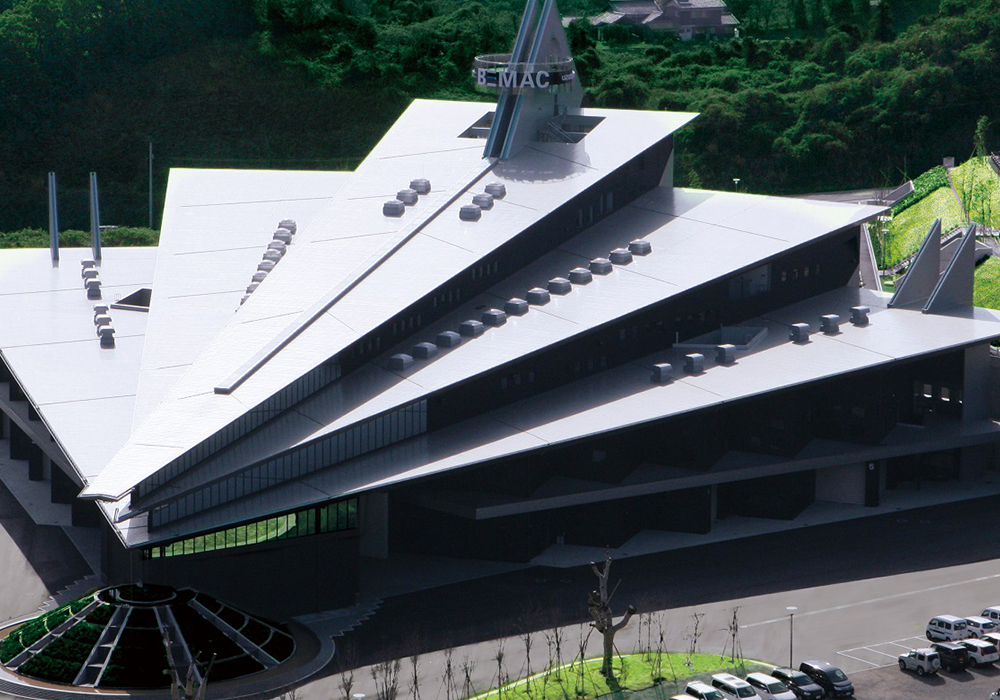 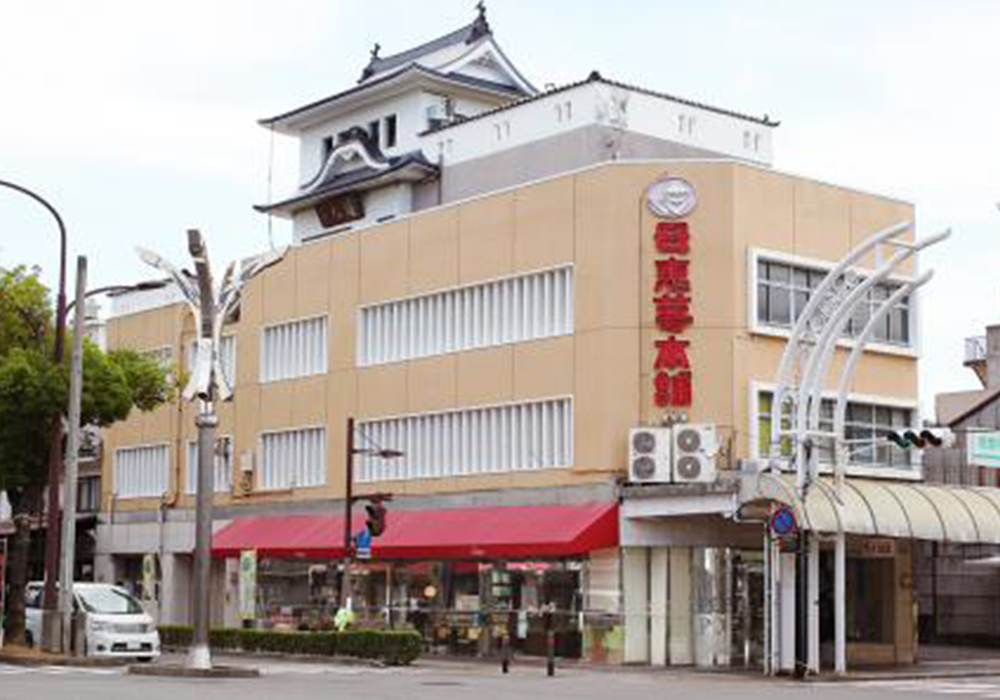 Works by artists related to Imabari
(painters, musicians and entertainers)

Born in France in 1971. Decided to live in Tokyo after being inspired by the colors of Ikebukuro, Tokyo during her first visit in 1995. After receiving the French Architect License, she moved to Tokyo in 1996. Received a first-class architect license in 2003. She established “emmanuelle moureaux architecture + design”. She created the concept of “shikiri” inspired by the colors and layers of Tokyo, and Japanese traditional “shikiri” which means dividing space with colors. She has been creating various works such as architects, spatial design and arts with vibrant colors. Her representative works include the architectural design for Sugamo Shinkin Bank, spatial design for ABC Cooking Studio, “100 colors” art installation series, art installations for UNIQLO and ISSEY MIYAKE, “Forest of Numbers” at the National Art Center etc. Associate Professor at Tohoku University of Art and Design.

Music composer and producer. Born in Imabari, Ehime in 1982.
Made a major debut as a guitarist of Superfly on WARNER MUSIC JAPAN in April 2007. In November of that year he made a career transition into a composer and arranger. Until 2013, he had worked as a song writer and arranger for Superfly. His work includes: Superfly’s debut album Superfly, where he was involved in all songs. It topped the Japanese Oricon weekly album charts for two weeks in 2008 followed by the success of “Ai wo Komete Hanataba wo”. Superfly’s second album, Box Emotions debuted at No. 1 on the Oricon weekly charts and received the Japan Record Award. “Wildflower” received the J-WAVE best song award in 2010.
Started to focus on producing in 2014. He provides and produces songs for many artists. Chay’s “Anata ni Koi wo Shitemimashita”, a title tune for a TV serial shown on 9pm on Monday, topped the iTunes and Recochoku charts and came in second in USEN hit ranking in 2015. The 1st solo album of Takuya Kimura, where he provides the song “One and Only”, topped the Japanese Oricon album chart. He has been creating songs with his spunky melody called “Tabo-bushi”.

Born in Imabari, Ehime in 1979. Zen Buddhist and a musician. The vice priest of Kaizen-ji Temple of Rinzai school. Established Kissaquo, a chorus group formed around Yakushi-ji Temple in Kyoto in 2003. The group name comes from Zen terminology “Kissako”, which literally means “How about a cup of tea?” He focuses around life at the temples and conveys Buddhism thought by translating it into easy-to-understand Japanese with nostalgic music. After fifteen years under the moniker Kissako, he switched to the name Yakushiji Kanho Kissaquo, a priest vocal project in August 2018. In May of that year, he released the album Hannya Shingyo where he arranged Heart Sutra by mixing music and Buddhism in order to pass Buddhist teachings on to the next generation. Currently, the total number of the related video views of “Hannya Shingyo cho ver.” recorded 10 million on YouTube and over 30 million on Chinese SNS. It was picked up by many media outlets including Fuji Television, NHK WORLD and Kyodo News. An Asian tour was held in 2018 and 2019 after receiving a great deal of response in China. A total of 10,000 people attended the 16 performances including the Chinese mainland, Taiwan, Hong Kong, Tokyo and Kyoto. He started a project where he recorded a video of his “Hannya Shingyo” performance at various temples in Japan. Its official YouTube channel, Japanese Zen Music, has more than 100,000 subscribers and is now spreading around the world including Europe and the US. He continues performing by mixing Buddhism with music, forming a connection from Japan to the world.

He is the only singer-songwriter who does calligraphy performances while singing in Japan. (From Imabari City, Ehime Prefecture.)
He started his musical career when he was 28. In 2009, at the age of 29, he made his CD debut. He is a registered calligrapher in the “Art Annual”. In 2011 he had concerts in affected area of The Great East Japan Earthquake. Through this experience, he holds concerts at over 200 difference places including nursing homes, facilities for the handicapped, schools and kindergartens, while traveling around Japan. He has had audiences of over 10,000 people. ※Currently it is his 9th Japan tour.
In total, he held concerts at 1,800 facilities with audiences of over 10,000 people. (As of 2020)

Born in 1984 in Imabari, Ehime. When she was 21, she moved to Tokyo and debuted as an impressionist. She started doing impressions when she was a child, and continued throughout school year. And now she has more than 120 lists of impression repertory. She can do a wide variety of impressions from singers to cartoon characters. Recently, she is focusing on imitation makeup of celebrities. Anna Tsuchiya, Naomi Matsushima, Nana Suzuki recognized her talent. She has been on TV with them. Her priority is to her balance work and family-life, according to her SNS. She is currently working under the title of an “impressionist mom comedian” in many fields.

Born on May 28 in 1955, from Ehime. Blood type B. A comedian. He joined Yoshimoto Kogyo in 1977. In 1979, he became an apprentice of a standup comedian Akira Taki. He gained attention after appearing on a TV variety show “Oretachi Hyokinzoku (We are humorous group)” as “Nan nin Trio”. His gag “Doon” became really popular. Also, he was on a NHK Taiga Drama “Toshiie to Matsu～Kagahyakumangoku Monogatar (Toshiie and Matsu ~Kaga One Million-koku Story) ” and the movie “Karasu no Oyayubi (Crow’s Thumb)” (Referenced from Orikon HP)

Born on April 26, 1982 on the exciting national treasure of an island Omishima, Imabari, Ehime. Graduated from Senshu University department of Japanese language and literature. Majored in Japanese Literature and Culture. She is a history idol who loves historical people such as Ryoma Sakamoto. She is known as “Rekidol (History idol)” and appears on TV, radio, and magazines. She shows her talent by working as a DJ and a chairperson. She is a Kochi Prefectural Tourism Special Envoy.
She is also the PR Ambassador of Miyazaki prefecture and the Iyo Kokorozashi University student council president.
She appears on TV shows, E tele “Jikiden Wa no Gokui Taikan・Jikkan! Nippon no Meijo (Handed down directly True Japanese Secret Experience and Realize! Fine Japanese Castles)”, BS12 “Seikou no Rekishisaikou (Seiko’s History Reconsideration)”, NHK Taiga drama “Ryomaden” etc... Books “Rekijo~Watashi no Aisuru Sengokubusho (History idol~My Dear Sengoku Warlords)” (Business sha), “Sengokubusho to Ohimesama no Zankokumonogatari (Merciless Story of Sengoku Warlords and Princesses)” “(Kobunsha), “Ryoma wa Naze Annani Motetanoka (Why Ryoma was so Popular)”(KK Bestbook).
She likes children and has certification as a “Childcare Worker”, “Childminder” and “MFA Children Medic First Aid”. She is also an All Japan Childcare Services Association qualified babysitter.

Back to the Top

Caution! Please note that pages that the links represent may not be displayed in English.