Promoting the Appeal of the Murakami Kaizoku 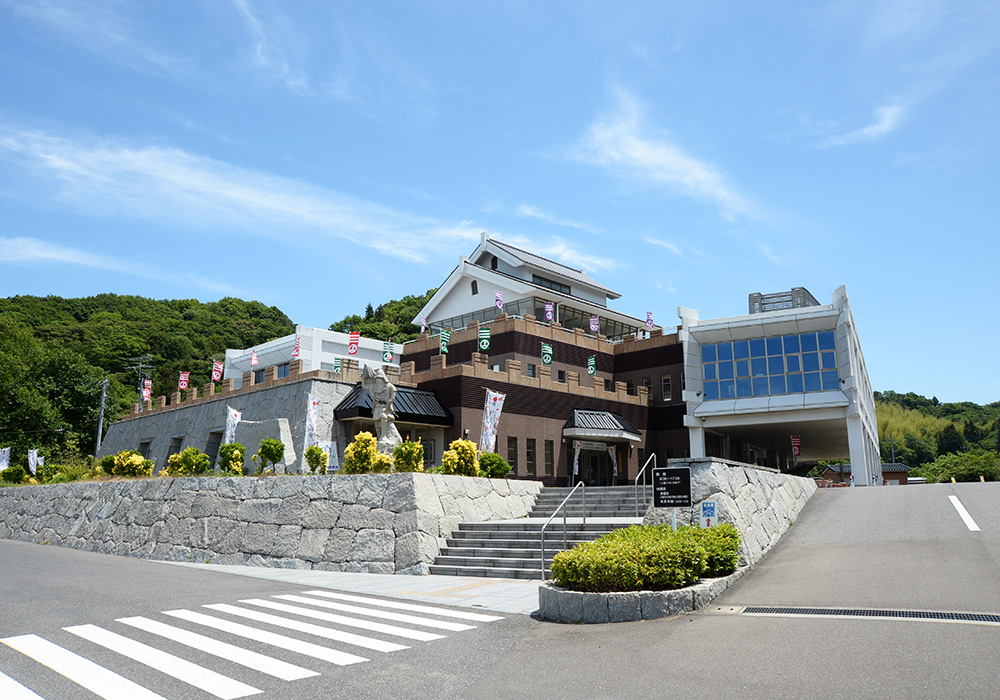 The Murakami Kaizoku Museum.
Visited by many tourists and cyclists since its opening in 2004.

Originally from Tottori, Mr. Ken Tanaka went to Ehime University for both his undergraduate and graduate studies. He engaged in preparations for the building of the museum while he took a leave of absence from graduate school. After the museum opened, he returned to graduate school to complete his graduate work. He is an experienced curator, having been engaged in work on the Murakami Kaizoku for around 15 years. 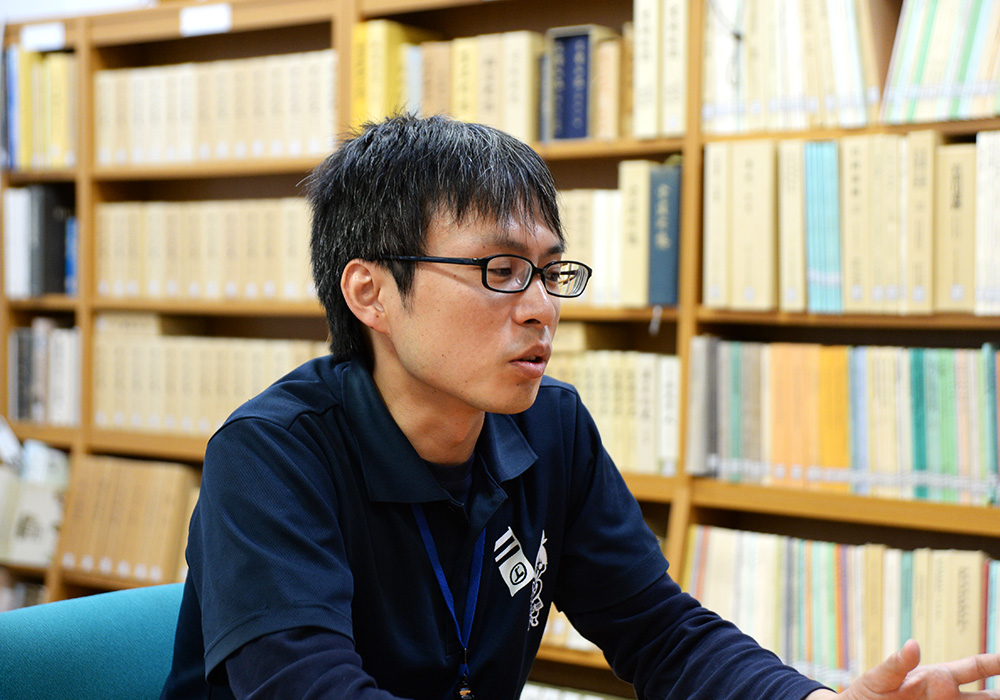 Mr. Ken Tanaka.
Answering any questions about the Murakami Kaizoku in detail,
he has an impressive amount of profound knowledge.

His job covers a wide range of activities, including guiding visitors, giving lectures, and making speeches at symposiums. Mr. Tanaka mentioned, “Although display is important, collecting, preservation, research, and study are also important jobs for museums. We make an effort to preserve the materials in their original condition and get visitors interested.” There's a lot to be done to keep visitors engaged: organizing special exhibitions, changing the displays frequently, and so on. Currently, around 450 exhibits are on display, but the museum's work also includes preserving and managing many more historic materials that are not yet being shown to the public. In the backyard of the museum the staff members work quietly and diligently. A curator's mission is to hand down cultural legacies to future generations. 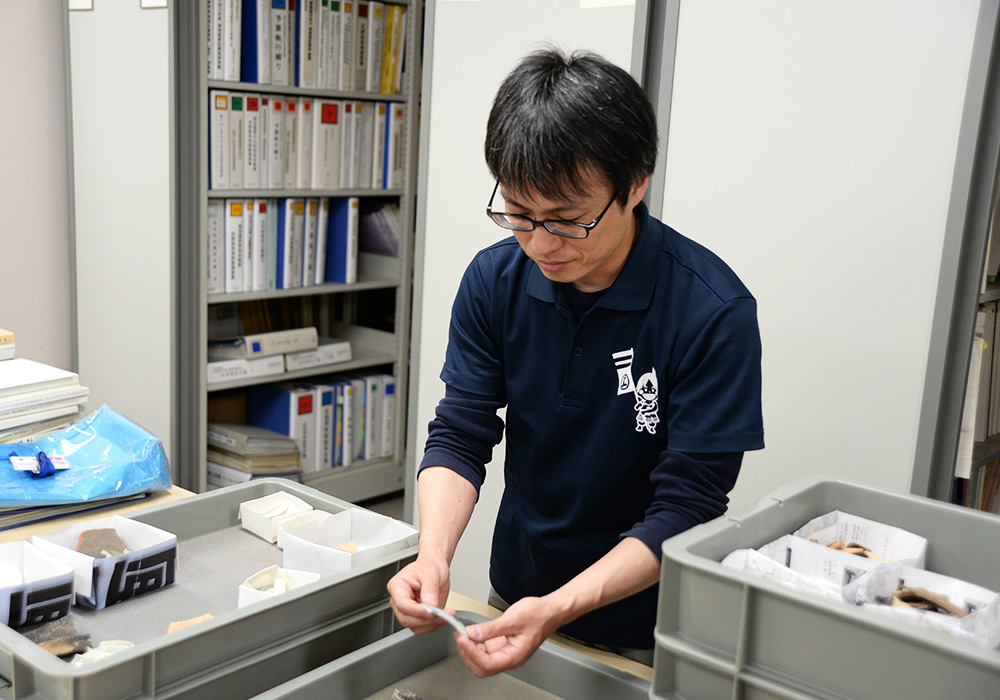 I asked Mr. Tanaka about his future goals. He answered, “It is my hope that this term, “kaizoku” will become widely known and used as commonly as ninja or samurai.” The word kaizoku is usually imagined as seafaring raiders who attack ships and grab money and goods, much like a pirate. However, the Murakami Kaizoku were not necessarily bandits. The sea around Noshima, where the Murakami Kaizoku were based, was one of the most difficult sea lanes to navigate, and its powerful currents have long caused difficulties for mariners. When a ship attempts to traverse the narrow strait, the violent currents mercilessly assault it. For that reason, the Murakami Kaizoku and their exhaustive knowledge about the sea in that area were indispensable. They assured the safety of any ship, even a merchant’s or a feudal lord’s, as long as the travelers paid heed to their rules. The Murakami Kaizoku collected a transit fee and played the important role of serving as escorts and guards. Mr. Tanaka wants to clarify the true essence of the Murakami Kaizoku. 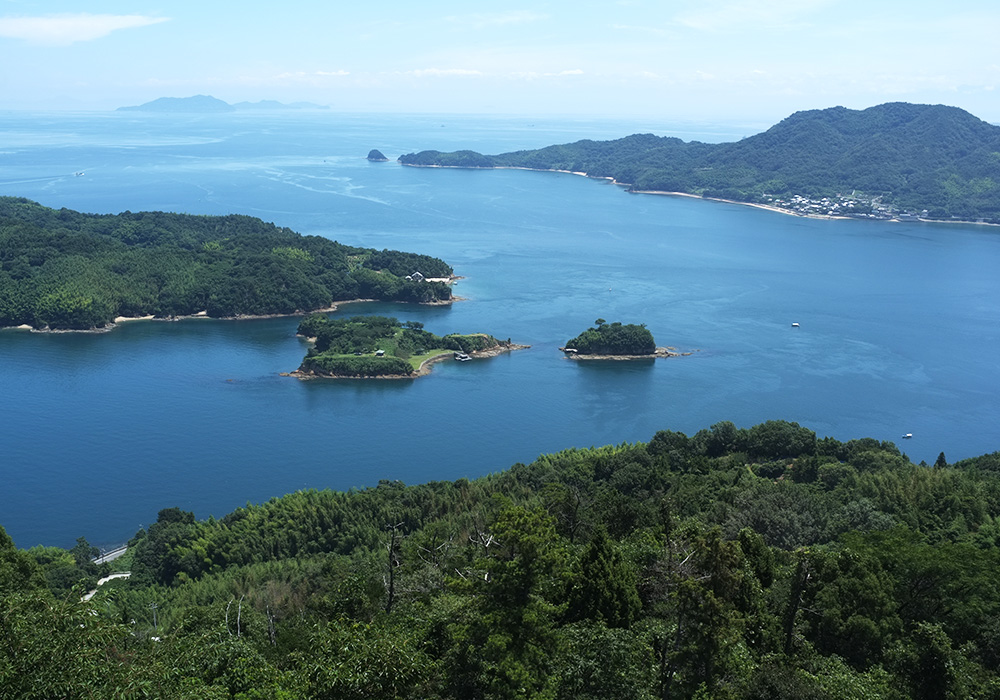 The two islands, Noshima (center left) and Taisakijima (on the right).
It is here that the Noshima Murakami branch established their bases.

The number of tourists visiting the Murakami Kaizoku Museum from overseas has been increasing yearly. The museum is thinking about introducing multilingual voice guide devices. The Japan Heritage Summit is going to be held in Imabari in 2020, which will draw even more attention to the museum. Mr. Tanaka’s challenge to disseminate the word kaizoku around the world continues. 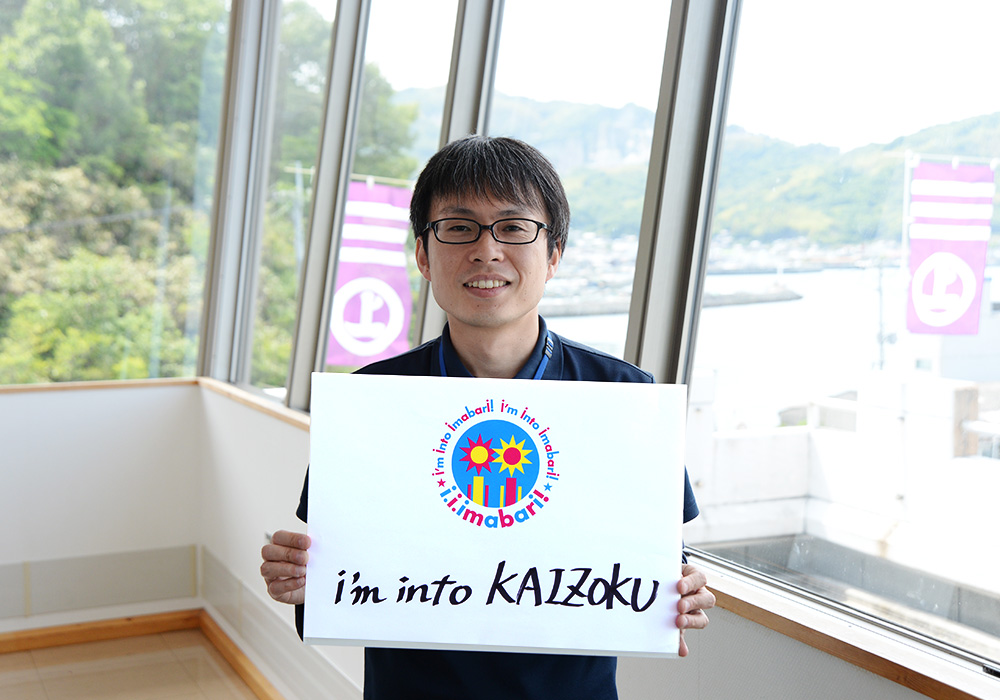 Due to his interest in archaeology, he decided to enter Ehime University, a school which is quite famous in that field. In contrast to his quiet appearance, there’s no stopping him talking about kaizoku! He is quite happy with his congenial work. As he'll be the first to tell you, Mr. Tanaka is definitely into kaizoku!