The Setouchi Shimanami Kaido has become known around the world as a sanctuary for cyclists. Cyclists from all over Japan and the world come to enjoy the spectacular scenery of the beautiful islands floating in the Seto Inland Sea. The NPO Cyclo-Tourisme Shimanami was established in 2009 to revitalize the islands of Imabari City and Kamijima Town through cycling; proposing "cyclo-tourism," a new style of travel that allows people to tour the region by bicycle while enjoying the scenery and local life. It also aims to create a sustainable urban development in the region by accepting cyclists into the community. We interviewed Yuko Yamamoto, the represidentative director. 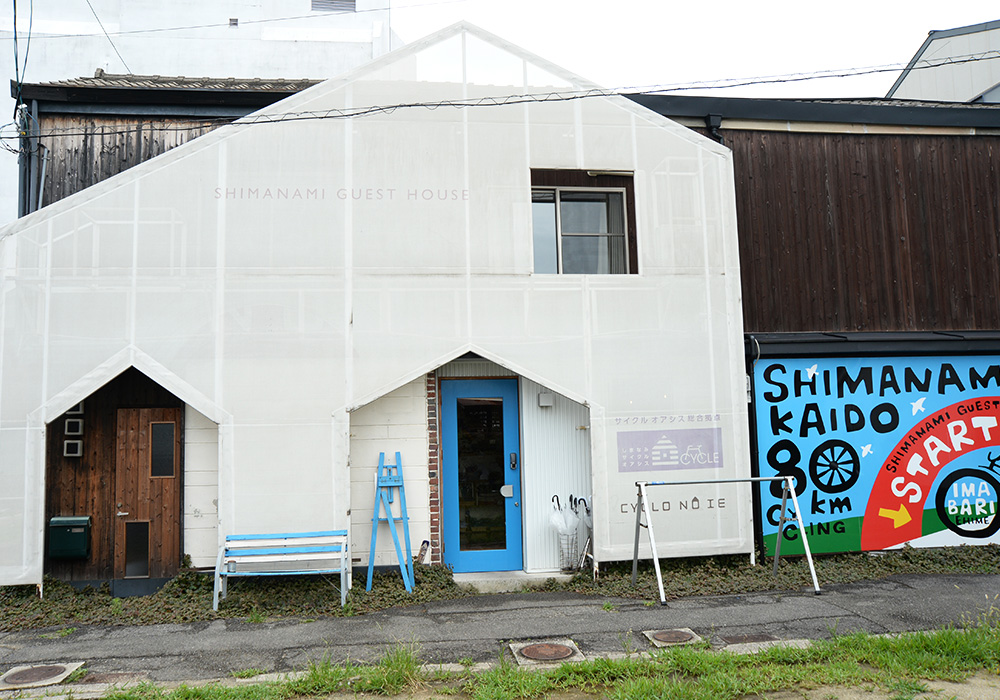 We visited Cyclo No Ie, a guest house in front of Imabari station. It is one of the bases for Cyclo-Tourisme Shimanami's projects. The guesthouse attracts not only cyclists but also pilgrims, backpackers, and many other types of travelers. It is said that more than 40% of the visitors are from overseas. It is truly a crossroad for travelers. Ms. Yamamoto who welcomed us was a very powerful woman! 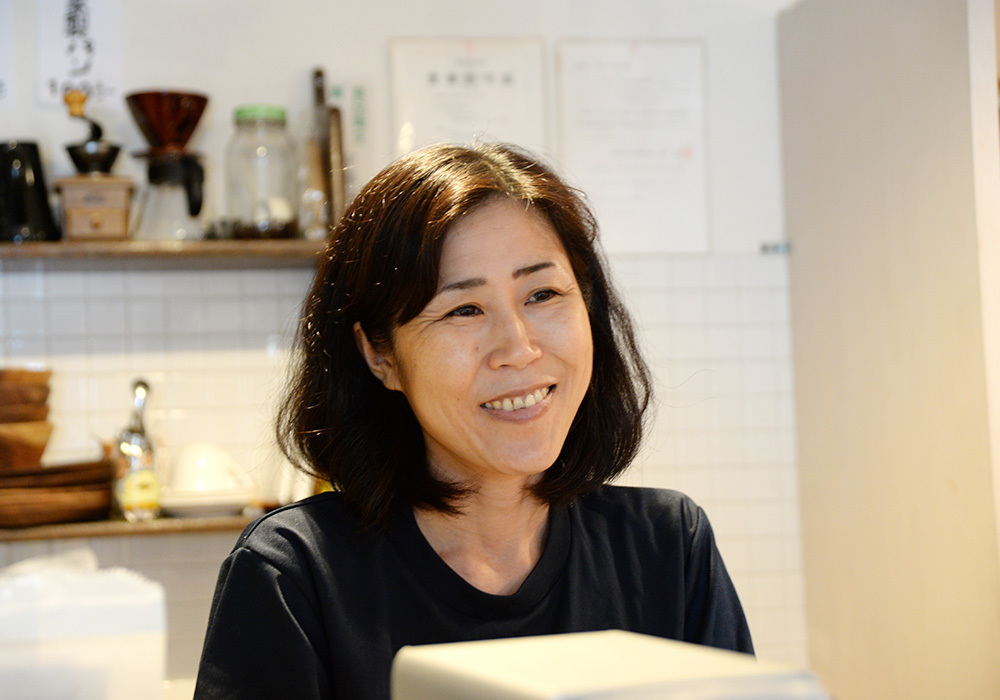 The Shimanami Kaido is now a popular cycling spot that attracts many cyclists. But when Ms. Yamamoto first started her activities, recognition of bicycle travel for tourism was still low and it was not appreciated as much. Of course, it was only until a few years ago that cycling was still only seen as a pastime for enthusiasts. First, Ms. Yamamoto conducted a market analysis to see what would make the Shimanami Kaido a place that cyclists would want to visit. She started with improving the things that were in high demand. This included the production of a detailed map known as the Shimanami Toso Cycling Map. There was also the construction of the Shimanami Cycle Oasis, a place where cyclists can take a break and rest. In addition to that was the establishment of the Shimanami Toso Cyclist Rescue, which provides assistance in case of things like tire punctures or other problems. She even proposed the Cycle Train Shimanami-go, a special train that allows people to bring their bicycles on board. Many of the things we see and experience today are the result of Ms. Yamamoto and her team's diligent efforts over the years. 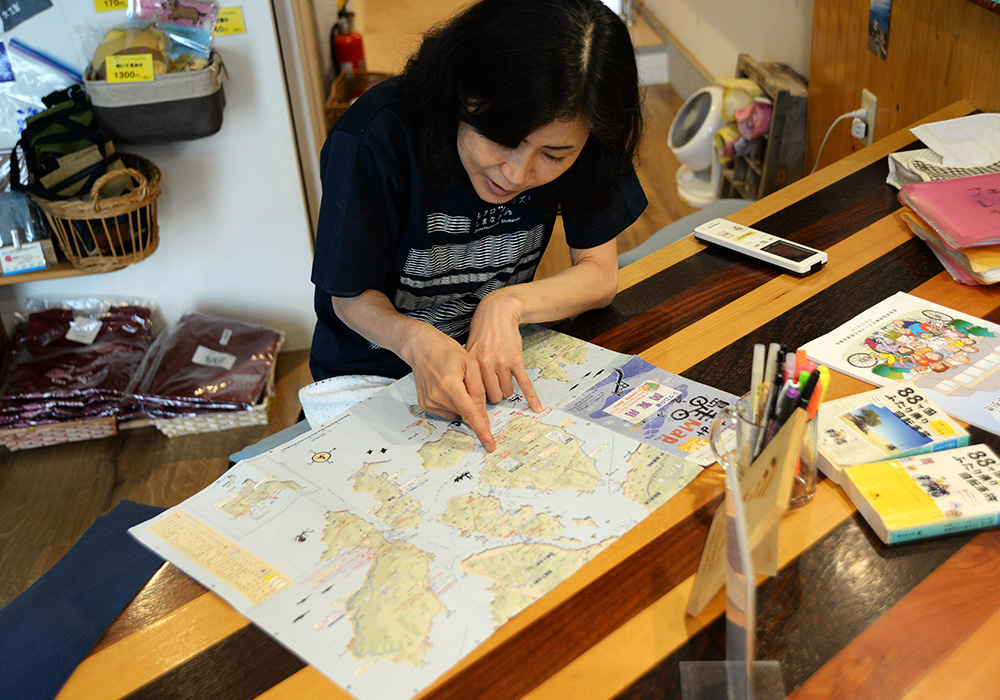 The detailed information from the Shimanami Toso Map is very much appreciated by cyclists. 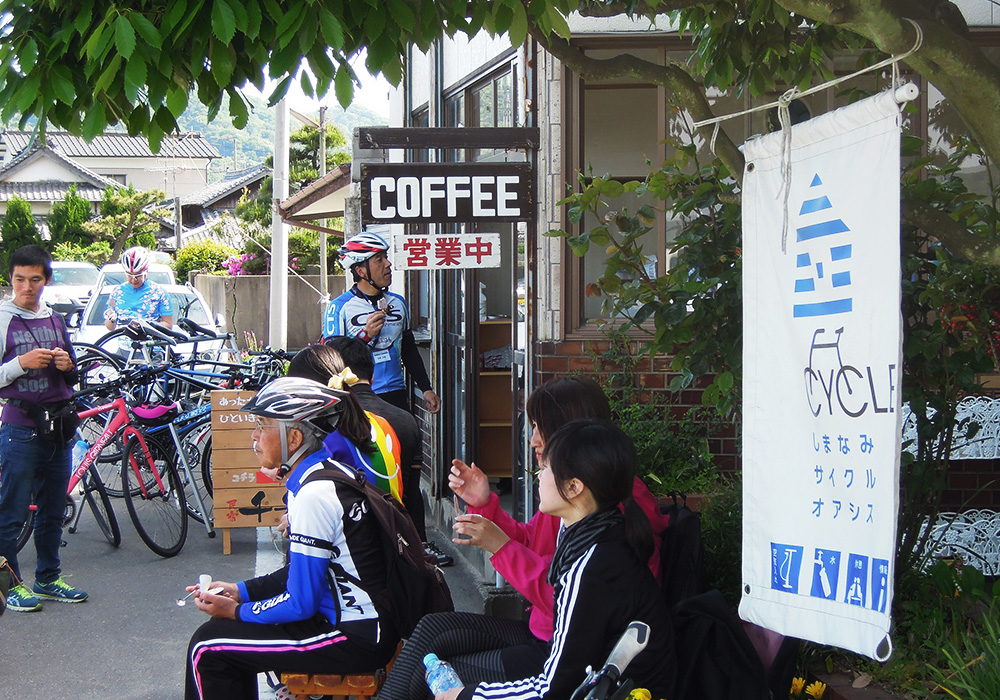 When you ride along the Shimanami Kaido you will see a Cycle Oasis here and there. These are free resting spaces provided right from the property of stores, farmhouses, guest houses, temples, gas stations, and other facilities on the islands. These contributions are based on the goodwill of residents who want to support safe travel. The project started with only 20 houses in 2011 and has now grown to more than 400 houses in Ehime Prefecture alone. Many cyclists visit the Cycle Oasis again because they want to see the people there. Ms. Yamamoto is surprised that the existence of these Cycle Oasis, which she thought of as pit-stops when she started the operation, have now become the destinations. The interaction with the cyclists here also has motivated the residents as well as given them a sense of reward. It may be that it was Ms. Yamamoto’s aim for the residents to make use of their situation and empower their town internally with their own hands, rather than rely on external forces. 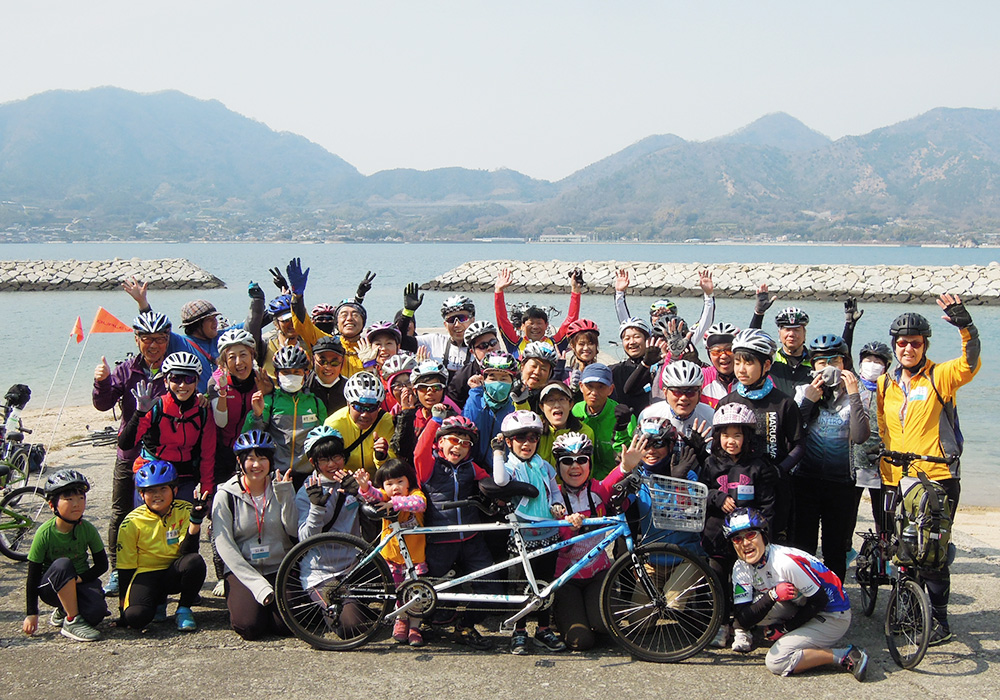 During the interview, Mr. Yamamoto repeatedly used the word "friends" and said "Everyone has supported me" and "These people are truly a blessing". Ms. Yamamoto who has met so many irreplaceable people and created new connections, will continue to be involved in urban development of her beloved Shimanami with her wonderful friends. 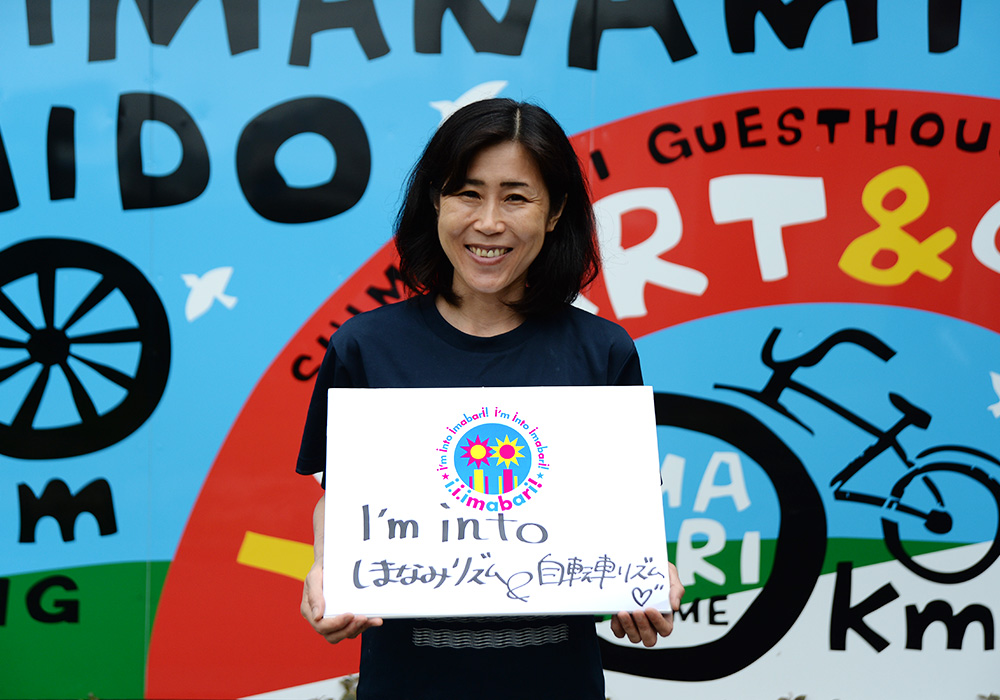 The speed of a bicycle, not as fast as a car but faster than walking; may be just the right pace for today's busy and stressed-out people. There are things on the roadside you would normally pass by and overlook, but when traveling by bike they become much more noticeable. Many travelers find it fascinating to get a taste of daily life on the islands; going through alleys and footpaths, enjoying the unique scenery, and talking with the residents. There is no end to the appeal of bicycle travel.
This is Ms. Yamamoto, and she's into cycling to the beat of the Shimanami Kaido!