From Imabari to the World Stage!

Hailing from Imabari City, Junji Tokunaga is the executive pâtissier at the Hotel InterContinental Tokyo Bay. Representing Japan by taking second place at the World Pastry Cup (Coupe du monde de la Pâtisserie) and taking first place in the chocolate pièce montée category, he has won numerous contests. He has also been featured on the television program Jonetsu Tairiku and is even credited as a confectionery supervisor for sweets shown in famous dramas. Since this nationally renowned pastry chef can trace his roots back to Imabari, he has devised a new original recipe, the "BARI-BREST" (a play on the Paris-Brest. Pari-Buresuto in Japanese). We were delighted to hear that he was holding an open course at Meitoku Junior College. We went off to interview him! 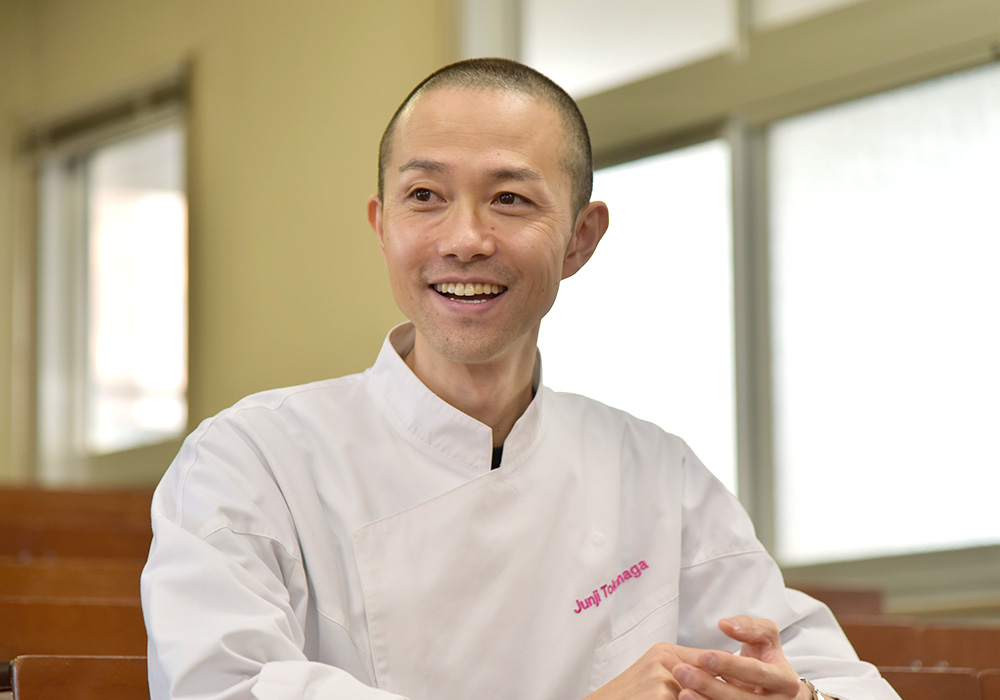 Chef Tokunaga was born in Imabari City and spent his time here up until his high school years. His grandfather was a Japanese sweets maker, and since Tokunaga was a child he was interested in working with his hands. After graduating from a local technical high school, he was employed at a hotel in Osaka. Despite aspiring to attend a confectionery specialty school, due to financial restrictions he opted for a more hands-on approach. However, a year into his new employment as a service staff and Chef Tokunaga had yet to enter the kitchen. After finally getting experience in the kitchen, he got employed at a cake shop. Over a period of ten years, he worked at numerous cake shops and hotels, but always found himself studying from the bottom of the ladder each time.

As a chef who is currently in his prime, Tokunaga boasts an impressive track record at world competitions. One could hardly say his early career was a cake walk. At his open course at Meitoku Junior College, Tokunaga implored the students “don’t give up and continue your efforts”. That being said, only a man with his lived experience could say this to students and have his words ring true. 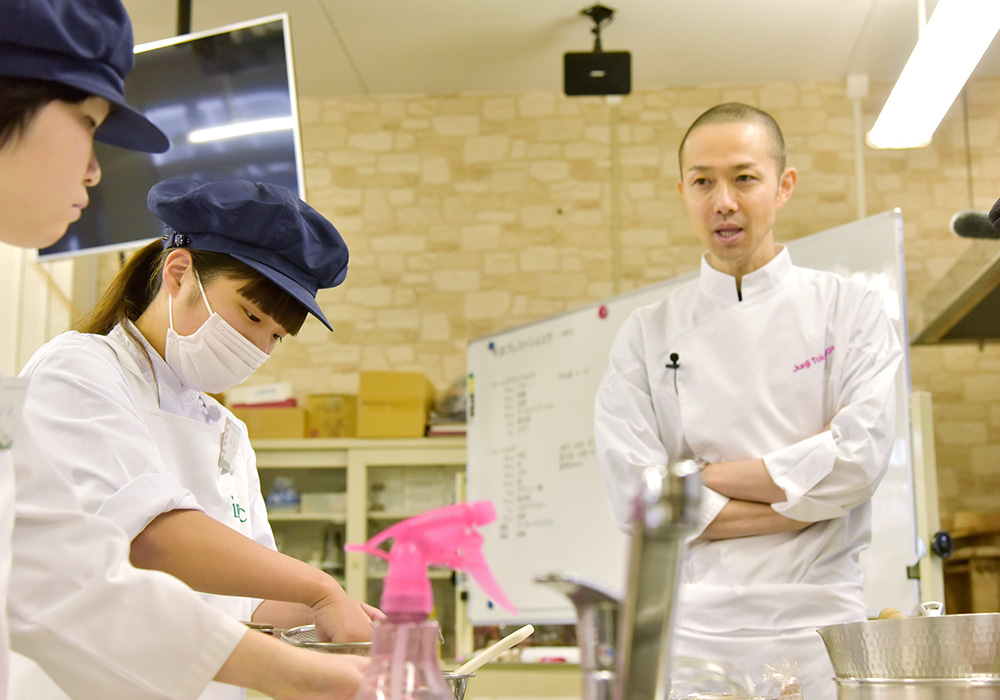 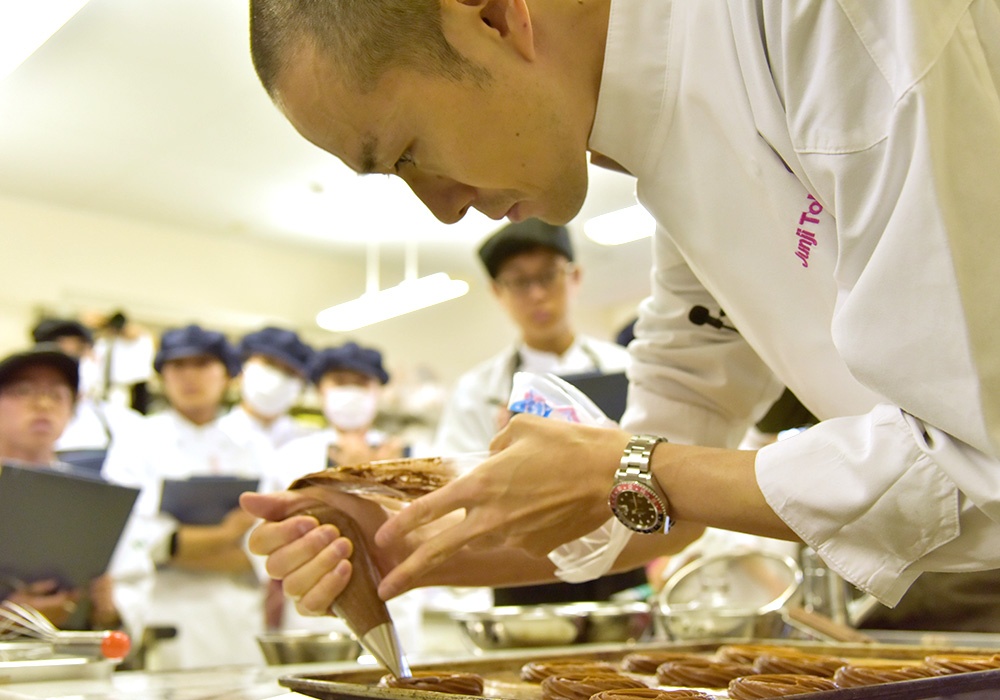 According to Chef Tokunaga, he could only attain these technical skills after having worked at so many places in his youth. Starting in 2004 he was a pâtissier at the Michelin star restaurant La Baie at the Ritz-Carlton in Osaka. From 2007 he was employed as a pastry chef and chocolatier at the Ritz-Carlton of Tokyo. He assumed the role of executive pâtissier at the Hotel InterContinental Tokyo Bay from April of 2016. It is here that he oversees not only a cake shop but is also responsible for a wide assortment of desserts at one of the hotel restaurants and the lounge. 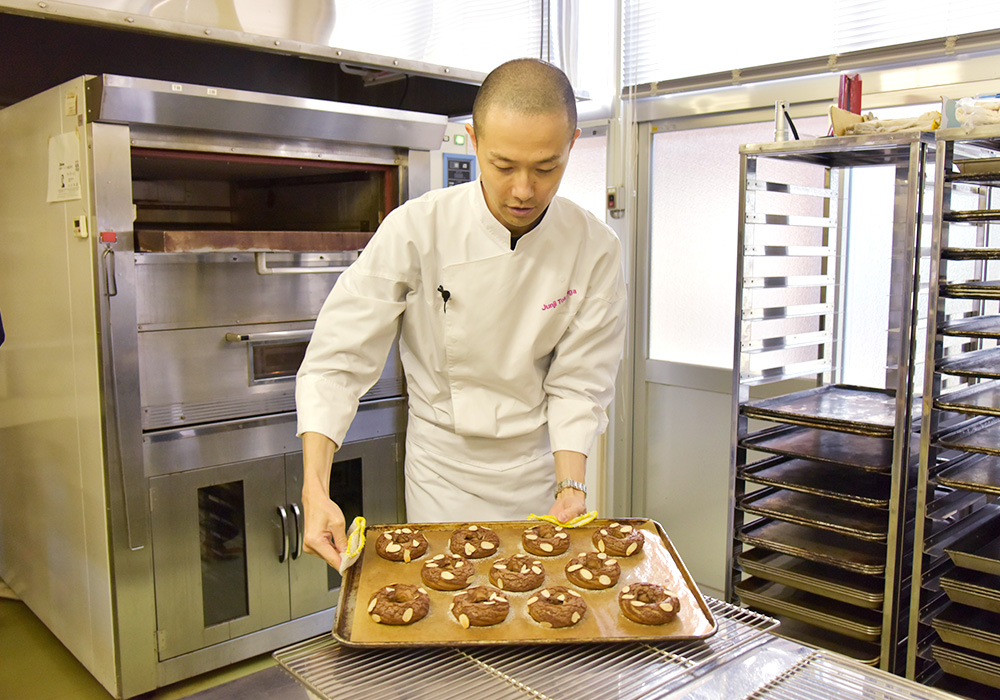 Chef Tokunaga now finds himself at the head of the hotel dessert staff, supervising and managing a large number of young employees. That being said, this in no way means he is slacking off from his role as a pâtissier. "It might not mean much coming from me, but I am still studying" Tokunaga said with a laugh. In a demanding industry world, one must continually be growing. Even with that, Chef Tokunaga values respecting tradition but also believes in embracing what is "now". This means turning a complete 180 on some flavors and ideas that are viewed as tradition. He cannot rely only on the experiences and knowledge he has gained up until now. It excites so many people to see someone with a stoic attitude who is willing to try new things and continue breaking the mold. 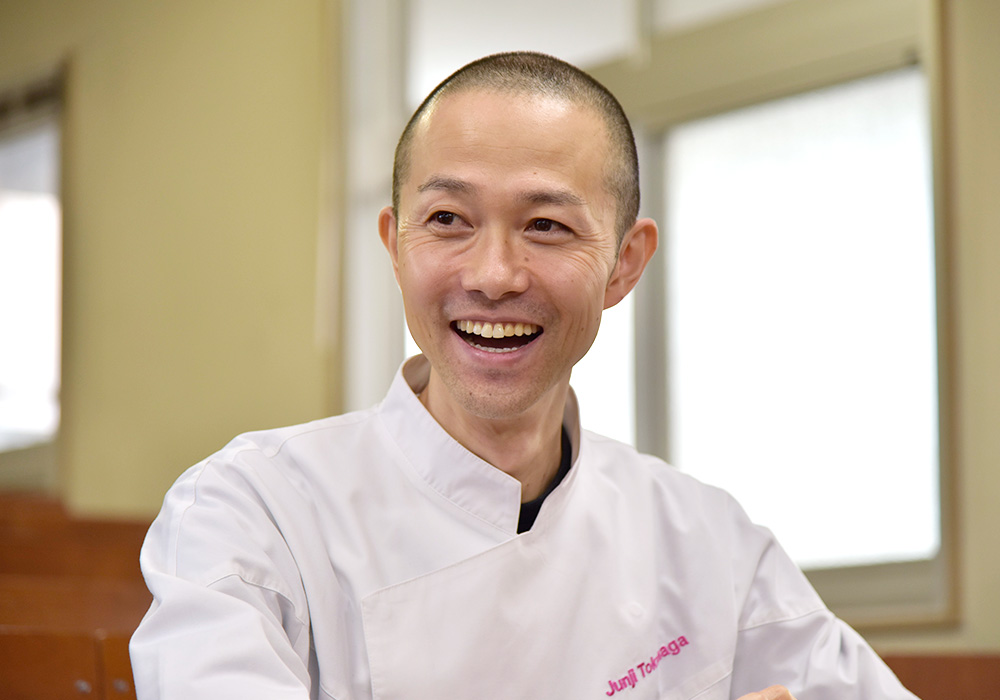 Although Tokunaga is occupied with his work, he does find time every now and then to return to his family in Imabari. "Even when I'm in Tokyo I often think back on my time in Imabari. The ginza (the covered shopping area at the heart of Imabari) that was such a lively place when I was a child has now become such a quiet one with so few people. I think about how nice it would be if there were more young people around Imabari" he stated. Chef Tokunaga was happy to accept the request of making his original recipe of the BARI-BREST as well as giving a lecture at the open course of Meitoku college "I have high hopes that my BARI-BREST will make Imabari's heart swell with pride." he proclaimed with a smile and proceeded to take a swig of his ale. We look forward to what comes next in Chef Tokunaga's career. Please come back to Imabari again soon! 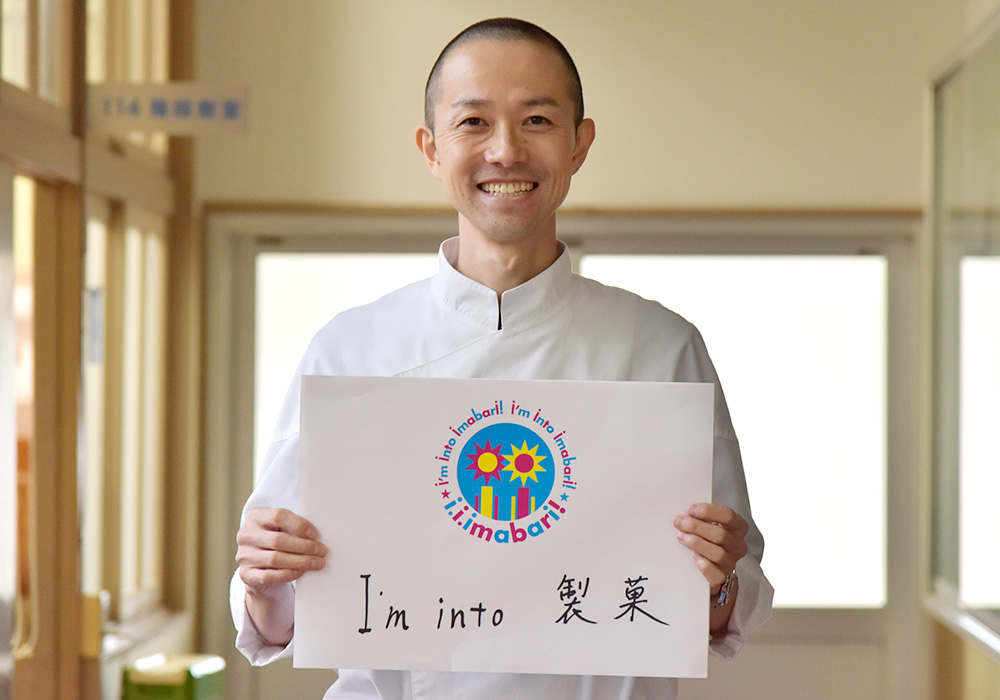 Japan's leading pâtissier, Chef Tokunaga. Before meeting with him we imagined he would be a very rigid and stern individual, but to our surprise he was very amiable and laid-back. He even sports a conservative 3mm shaved head. "I cut it myself!" he confessed to us with a chuckle. With his serious work mindset and shaved head like a monk, he can also be called the priest of praline!
This is Chef Tokunaga, and he's into the art of baking!

The home page to the chef's Hotel InterContinental Tokyo Bay can be found here.
https://www.interconti-tokyo.com